Instead of burning it, composting it or just dumping it in landfills, food waste from your area coffee shop could... 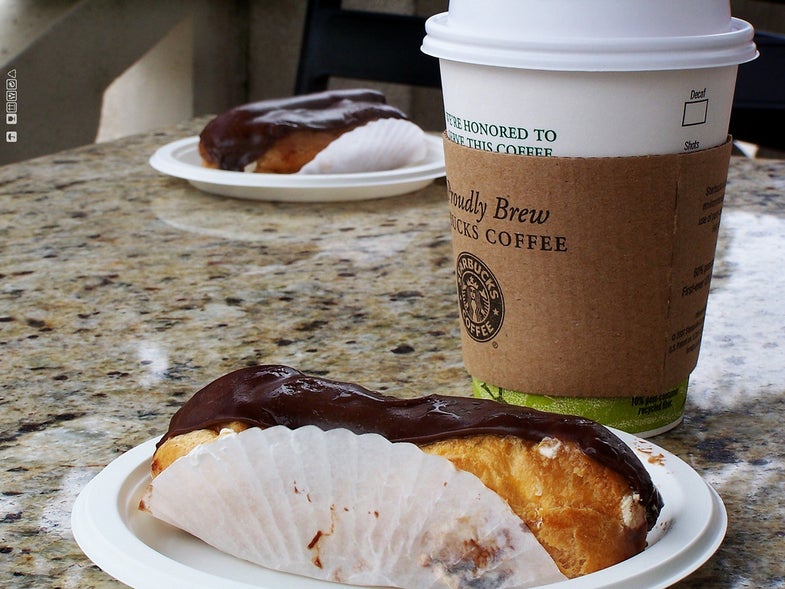 Instead of burning it, composting it or just dumping it in landfills, food waste from your area coffee shop could be upcycled into new plastic or laundry detergent. Starbucks Hong Kong is trying out a new biorefinery, breaking down stale bakery products and coffee grounds into a sugary mixture that can be used for manufacturing.

Scientists at the City University of Hong Kong worked with the coffee giant in that country to come up with a food biorefinery, according to a report from the American Chemical Society, which is hosting its national meeting and expo this week. Carol S. K. Lin of the City University works with an environmental nonprofit called The Climate Group, and members asked her to work with Starbucks, whose officials wanted to find a new use for its food waste. Lin has developed other biorefinery technology in past research, and she’s converted food waste from the university cafeteria into useful material.

The material in question is a basic sugar compound called succinic acid, which can be used as a sweetener and also as a feedstock for products like bio-plastics. The biorefinery would work by blending pastries and other food waste with some fungi, which excrete enzymes to break down the carbohydrates in the food. The mixture then goes into a fermenting vat where bacteria decompose the mixture into succinic acid. This material can then be further refined into a variety of products, according to ACS.

Plenty of other food items, notably corn, are already refined into biodegradable plastics, fuel and other materials. But they’re largely the result of crops grown and harvested for the purpose of not being eaten. This method would use food that was originally intended to be food, and turn it into cleaning products or something else.

Along with providing a steady stream of material, a coffeehouse biorefinery would divert tons of food waste from landfills or the compost heap, Lin said at the ACS meeting. Starbucks Hong Kong produces about 5,000 tons of uneaten bakery items and coffee grounds. The $11.7 billion chain has exponentially more stores in western countries — 12,848 in the U.S., according to a tally on Wikipedia — so there’s exponentially more waste in those places that could conceivably be turned into new raw materials. The next step is to test the refinery process at a pilot plant in Germany, according to Lin. No word on whether it will come to Starbucks’ home turf.