China Sets Sights on Arctic and Moon, Universe to Follow

In an effort to reach all corners of the Earth and moon, China is building its first state-constructed icebreaker for... 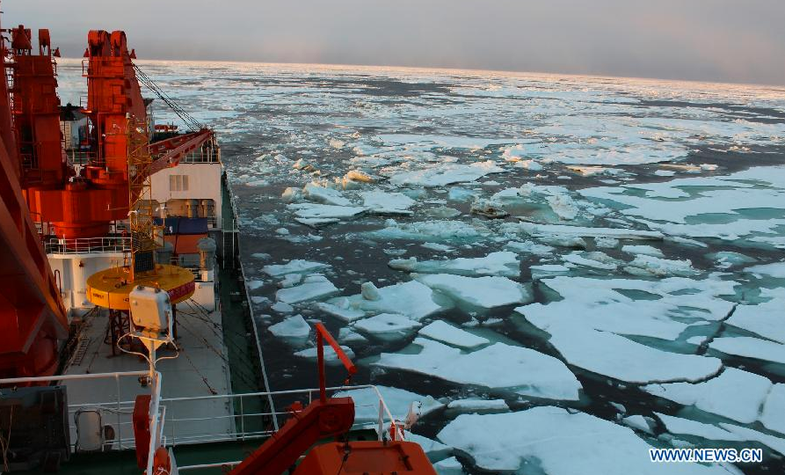 In an effort to reach all corners of the Earth and moon, China is building its first state-constructed icebreaker for Arctic expeditions, and will launch its third lunar explorer and first lander next year, the state-run news agency said this week.

China already has a massive A-2 class icebreaker, capable of breaking through ice 1.2 meters (3.93 feet) thick, but the ship was purchased from the Ukraine. Xuelong, or “Snow Dragon,” is currently on its fifth Arctic expedition, with Chinese scientists on board performing various studies, according to the Xinhua news agency. It is stopping at 33 observation stations on the Atlantic and Pacific sides of the Arctic, and crossed the Arctic Circle on July 20. But the new ship will be even more powerful, capable of slicing through ice 1.5 meters (4.9 feet) thick.

This new ship will be built in China, and designed by Finnish firm Aker Arctic Technology Inc. The vessel will weigh in at 8,000 metric tons and be able to sail for 20,000 nautical miles, with 6,200 square feet of laboratory space.

China’s officially stated interest in the Arctic includes a longing for permanent status on the Arctic Council, an eight-member council that includes Canada, Denmark/Greenland, Finland, Iceland, Norway, Sweden, Russia and the United States. As the Arctic continues to melt, the Northwest Passage could offer shorter transport routes between China and Europe, so this is clearly an economic opportunity, too.

Meanwhile, China is sending a third lunar probe in 2013, this time with a lander. China already sent two lunar orbiters, Chang’e-1 and 2, which are all named for the Chinese goddess of the moon. Chang’e-3’s lander will make a “soft landing” on the moon and explore the surface. The lunar craft is set to launch from the Xichang Satellite Launch Center in Sichuan province in the second half of 2013.

When China sends its first Mars rover, we will definitely let you know.