Future neural prosthetics could not only tap into brain signals, but also brain fluids, using the cerebrospinal medium to power... 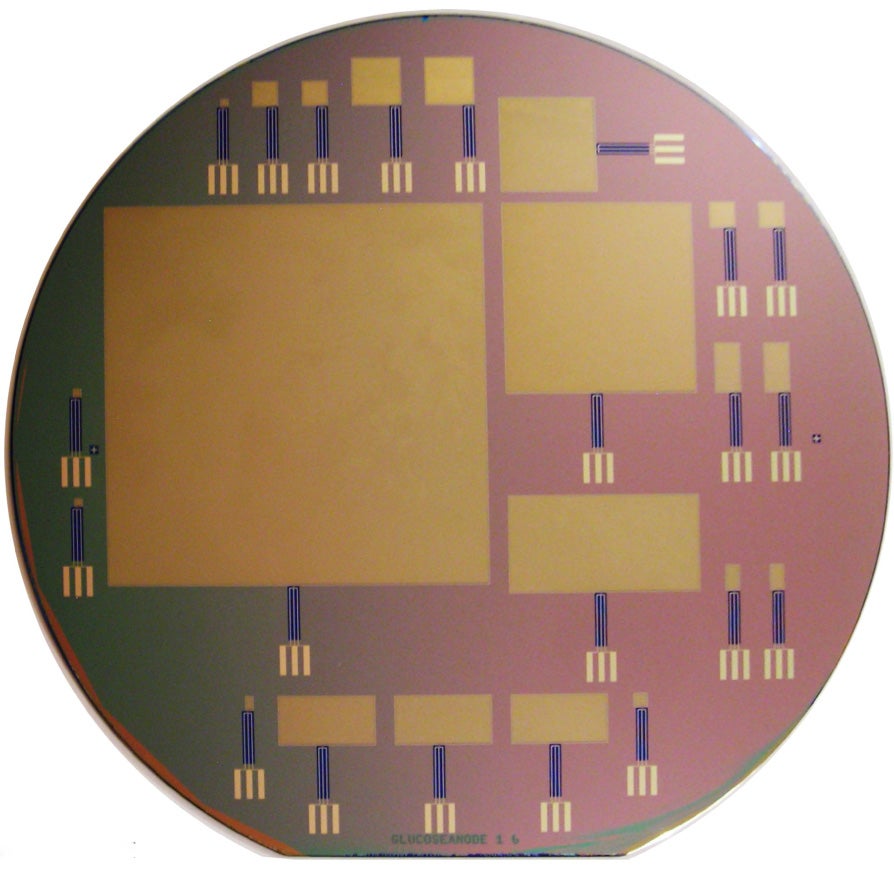 The fuel cell creates a small electric current by harvesting electrons from glucose molecules — essentially the same method employed by cells, which degrade glucose into ATP. ATP transports energy within cells, driving metabolism. In this case, the fuel cell uses electrons to generate a few hundred microwatts of electricity.

Engineers led by Rahul Sarpeshkar fabricated the device on a silicon wafer, using the same methods employed by semiconductor fabricators. It uses a nanostructured platinum anode, which oxidizes glucose molecules, and single-walled carbon nanotubes form the cathode, which completes chemical reactions that reduce oxygen to water. The presence of the two components of the redox reaction could short-circuit the device, but Sarpeshkar’s team structured it to shield the anode while exposing the cathode to the body’s environs.

They ran some computer models to determine how much energy would be available in cerebrospinal fluid, and how much the device would need to operate effectively. Since spinal fluid circulates continually and contains plenty of glucose, the team figures they could harness at least 1 megawatt of energy without any adverse effects on the brain. Another benefit is the lack of immune cells in that fluid, so there would likely be no immune response causing the body to reject the fuel cell.

This is still a long way from powering an implant, but it’s proof that it could work — the body may be able to provide all the energy the device would need. A paper describing the fuel cell appears in the journal PLoS One.