Video: Brachiating ‘Bot Swings Its Arm Like An Ape 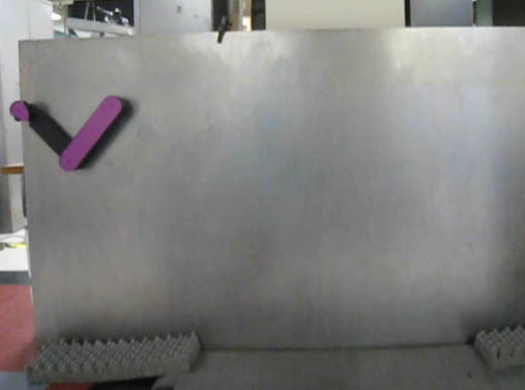 Robot locomotion can take many forms, from crawling like snakes to rolling like tanks. This one swings like an android ape, using brachiating arm motion to grab onto a surface and forward momentum to keep going.

“Gibbot” is being developed at Northwestern University, where researchers are studying robot horizontal movement, according to IEEE Spectrum. It mimics the brachiating movement of gibbons, which swing through trees with ease. Like gibbons, it’s designed to keep moving by conserving energy — a fast grab-and-go ensures forward momentum is not lost.

It contains two electromagnets at the ends of both arms, which grab onto a steel wall in the demonstration below. Finding the right gait and grabby motion is a key challenge, but with the right movements, the researchers say it’s theoretically possible to brachiate forever. The Northwestern team, led by Kevin M. Lynch, presented Gibbot at the e 2012 IEEE International Conference on Robotics and Automation this month.