Two continents vying to host the world’s largest telescope will both get a piece, a compromise that apparently makes everyone... 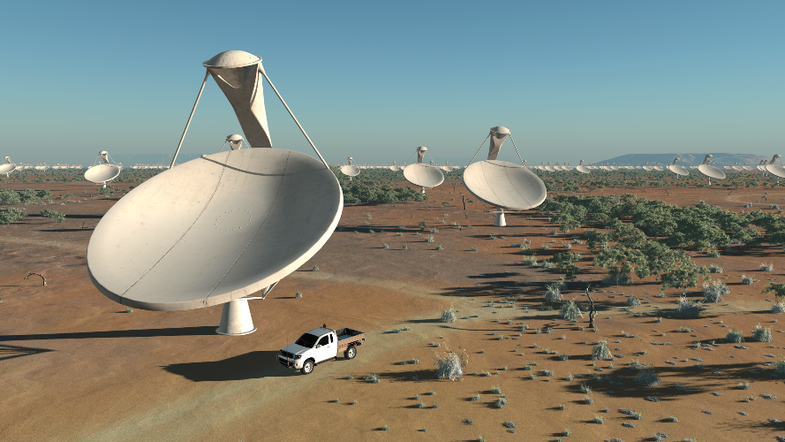 Two continents vying to host the world’s largest telescope will both get a piece, a compromise that apparently makes everyone happy, at least officially. South Africa and eight partner countries will host the majority of the dishes in the first phases, with Australia and New Zealand getting the low-frequency radio dishes in the later phases. The SKA will leverage precursor telescopes both groups have been building for years.

The SKA is planned to be the largest observatory ever, comprising thousands of radio antennas spread across an area the size of a continent, with a collecting area equivalent to one square kilometer. It will study dark energy, search for black holes, look for complex organic molecules in interstellar space, and look back to the cosmic Dark Ages. It’s a massive undertaking, and its science payoff will be equally huge, which is one reason why the Australia-New Zealand and Africa teams were so eager to host it.

As far as telescope-building projects go, this one actually got pretty emotional for a while, with each consortium hyping its existing investment and intellectual capital. The SKA Program Development Office chose both on Friday, with the entire mid-frequency dish array situated in Africa and the low-frequency array in Australia. South Africa, which will host the majority of the dishes, celebrated with a cake the shape of the continent. Naledi Pandor, South African Minister of Science and Technology, said she was happy for Africa, and noted the announcement came on Africa Day. Botswana, Ghana, Kenya, Madagascar, Mauritius, Mozambique, Namibia and Zambia will also host elements of the SKA.

South Africa’s MeerKAT telescope, which is currently being built, will provide most of the collecting area for SKA’s Phase 1. Australia’s existing ASKAP array will also be integrated into the SKA. Now that the dish locations are settled, the next step is to design and build them. Phase 1, which is about 10 percent of the total planned telescope, is supposed to be ready for research by 2020. By then, Phase II will also be under way, with full operations set to begin by 2024. 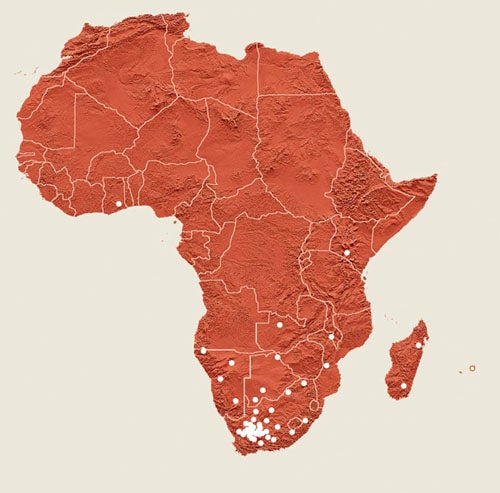 Spanning the South of Africa