Scientists have been trying for a while now to recreate the process of photosynthesis, using sunlight and water to spark... 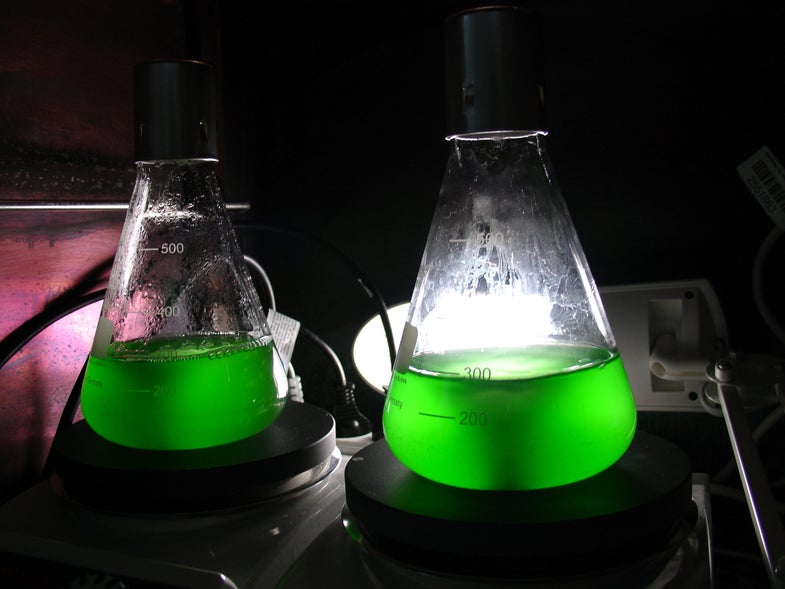 Scientists have been trying for a while now to recreate the process of photosynthesis, using sunlight and water to spark chemical reactions. Now a team from Penn State University has done one better, producing an engineered biological system that can produce a hydrogen biofuel twice as fast as nature.

The system uses a molecular wire to facilitate fast movement of electrons between light-capturing enzymes, which are used to split water into molecular oxygen and hydrogen. It could someday serve as a fast and reliable way to derive hydrogen for use in fuel cells.

Researchers led by Carolyn Lubner at Penn State worked with a cyanobacterium called Synechococcus and another bacterium, Clostridium acetobutylicum. In nature, photosynthetic organisms use light-capturing enzymes nicknamed Photosystem I and II, which absorb light and excite electrons to a higher energy state. Another enzyme called FNR then uses these electrons to produce an energy-storage molecule. This molecule is used to make sugars to keep the organism alive, and that’s your basic photosynthesis process.

Lubner et al replaced the FNR enzyme with a hydrogenase enzyme, which combines electrons with hydrogen ions to make molecular hydrogen (instead of a sugar-producing system). Then they used this enzyme to stitch together iron-based terminals of a Photosystem I enzyme from each of the bacteria. This stitch served as a molecular wire, easily and quickly transferring electrons. The researchers doped it with vitamin C, which served as the electron feedstock.

The result was a high-throughput hydrogen-producing system — electron flow was more than twice as high as the bacteria’s individual rates, the authors say. It produced hydrogen molecules for several hours, as long as it had vitamin C to use. The system is easily adaptable to other enzyme terminals and other bacteria, the authors say. As such, it could be used to produce a wide range of potential biofuels.

The study appears in the Proceedings of the National Academy of Sciences.