European Alternative to GPS Lifts Off Tomorrow From South America, Via Russian Rocket

Launch planned for Thursday was scrubbed after fuel valve problem 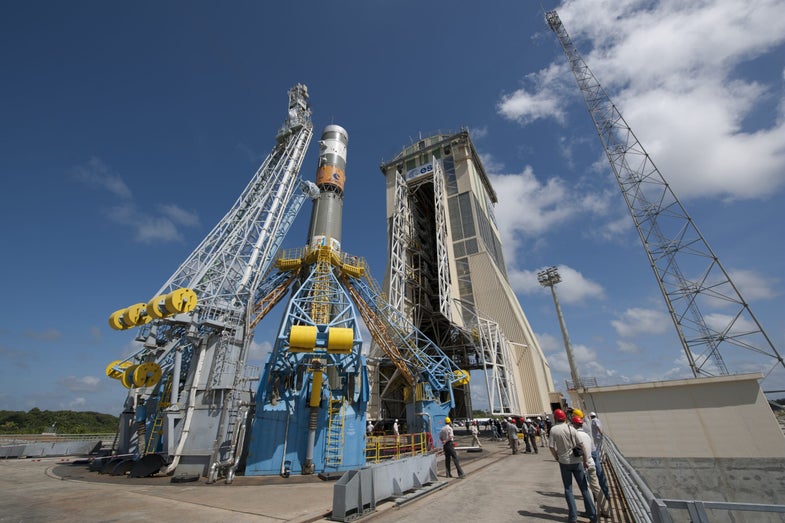 A Soyuz rocket will lift off Friday from the northern coast of French Guiana, carrying two satellites that will formally kick off the European Space Agency’s own version of GPS. It will be the first Soyuz ever to launch outside of the former Soviet Union, and its payload will free Europeans from relying on American navigation tech.

The Soyuz rocket was originally supposed to launch early Thursday, but a fuel valve shut off unexpectedly and ground crews were unable to fill up the rocket. The delay disappointed Russian and European officials who have spent three-quarters of a billion dollars building a new facility for Russian rockets to launch from South America.

The new launch site was designed with the goal of launching humans someday, according to the European Space Agency, which collaborated with Roscosmos to build the facility. The setup includes a launch control center, a pad with a flame trench and an assembly building to shield the rocket and payloads from the rainforest humidity. It’s essentially an Amazonian version of the Baikonur cosmodrome, as the Guardian puts it.

The Soyuz site is located about 8 miles northwest of ESA’s Ariane launch site, which is along the Atlantic coast north of the city of Kourou. The facility is ideal for a satellite launch because it’s so close to the equator, and spacecraft launch toward the water, just like this country’s facilities at Cape Canaveral, Fla. Thanks to equatorial assist, this version of Soyuz, called Soyuz-ST, will be able to heft 3 metric tons into geostationary orbit, compared to the 1.7 tons that can launch from Baikonur in Kazakhstan.

Officials are fixing the valve and are planning to launch early Friday, according to the Guardian.

The two Galileo satellites will mark the formal beginning of Europe’s own global positioning system, which has been plagued by delays and cost overruns. The mission is also a test of the Soyuz as a reliable mid-weight international space transport system, supplementing the European Union’s heavy lifter, Ariane 5, and its featherweight, the Vega rocket.

Once upon a time, this whole deal — a GPS competitor, the construction of a major Russian rocket facility in this hemisphere — would have caused considerable consternation. Apparently American defense officials once threatened to blow up the Galileo satellites, according to the Guardian. But American authorities have calmed down about it. It’s cool, all our new spaceplanes will launch from the New Mexico desert, so the Europeans can go ahead and enjoy the rainforest. 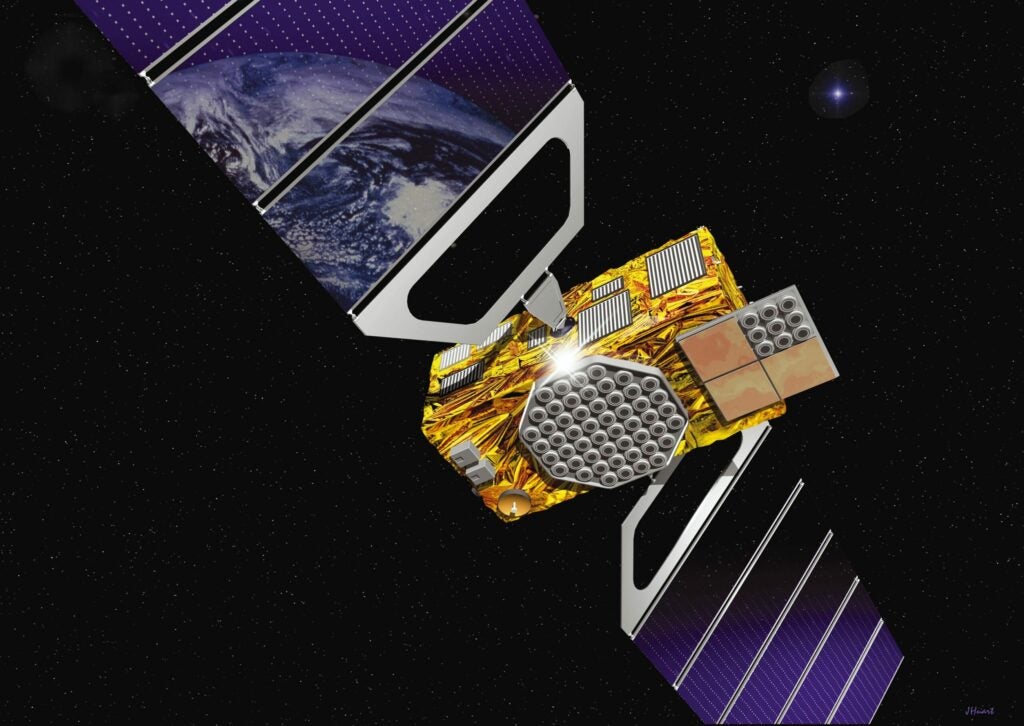 The Galileo navigation satellite constellation will serve as Europe’s version of the Global Positioning System network built by the U.S.