What Are You Working on Today, Ranger Supercomputer?

Deep in the heart of Texas, UT's Ranger supercomputer is modeling the motions of bodies big and small 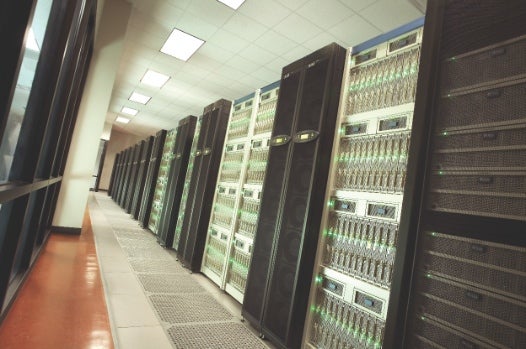 Today we chat with the 63 thousand processing cores of the University of Texas’s Ranger.

So What Are You Working On?

That’s not the only biomedical science Ranger will perform today. As part of a two-day job, Ranger models a protein linked to Alzheimer’s to help out researchers in pursuit of a treatment. Much of what proteins do is tied up in their shapes and their motions. By helping them model those things today, Ranger is helping define targets for potential Alzheimer’s therapies.