A massive directory of all viruses, worms, and other malware--as well as a centralized anti-malware arsenal 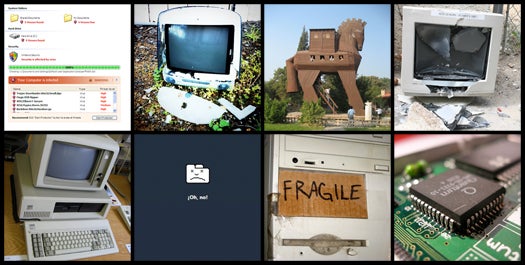 With a catalog of more than 15 million malicious computer programs, MD:Pro is the Centers for Disease Control of the cybersecurity world. Frame4 Security Services, which was established in the Netherlands in 2006, created the database as a resource for security experts, who need access to malware to identify new threats and develop and test defenses.

Frame4 analysts gather samples using computers called honeypots, which are programmed to attract and misdirect malware, and by soliciting donations from antivirus researchers and cybersecurity experts. For a fee, analysts can download samples from MD:Pro’s FTP site; some samples come with source code and Frame4’s analysis of the malware. (To avoid selling samples to malware programmers and hackers, Frame4 screens its users.) Since the addition of a second processing engine earlier this year, MD:Pro has been growing by more than a million samples a month.