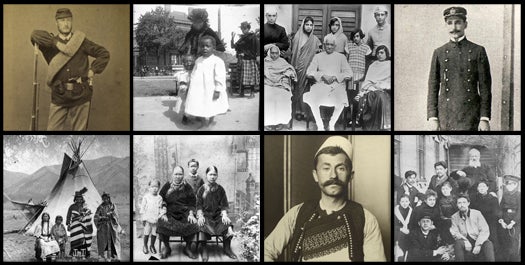 The best record of early human migration is found not in ancient bones or archaeological artifacts, but in the DNA of people living today. In 2005, to make that information accessible, the National Geographic Society and IBM launched the Genographic Project.

The project sells DNA-collection kits to people and provides them with an analysis of their origins. Participants are encouraged to donate their results to an anonymous database, which also stores DNA profiles of indigenous people collected by anthropological geneticists in 10 field labs. By mining the 420,000 profiles stored in the database, scientists can track genetic mutations across populations, retracing the steps of ancient humans.

In 2008, by studying the maternal lineages of 624 African genomes, researchers at the Genographic Project discovered that even though all humans share DNA from the same 200,000-year-old maternal ancestor (“Mitochondrial Eve”), early humans subsequently split into separate populations. Small bands of humans evolved in isolation for as much as half of our history as a species, before reuniting to form one population in the Late Stone Age.