BullDog: A Bigger, Scarier Version of BigDog Gets Closer to the Battlefield

That fun video of the BigDog robot we shared last week may have been impressive, but apparently the robot is... 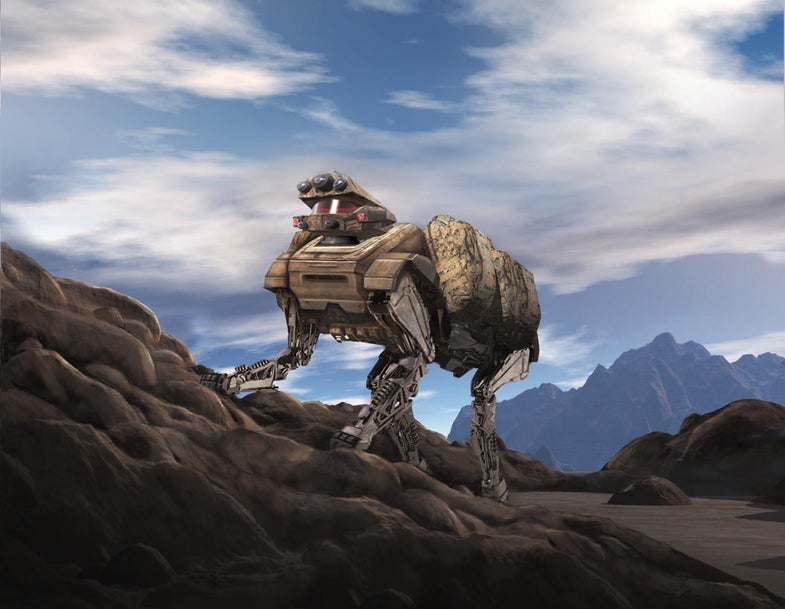 That fun video of the BigDog robot we shared last week may have been impressive, but apparently the robot is about to be eclipsed by another member of its own family.

Boston Dynamics is building a bigger, sturdier version of the military’s future trusty companion, and will likely unveil it within a few months.

The company’s founder and president, Marc Raibert, shared the LS3 robot’s progress Tuesday at a keynote speech at the 2011 IEEE International Conference on Intelligent Robots and Systems. Apparently LS3 (Legged Squad Support System) has been nicknamed BullDog, according to IEEE Spectrum.

Alas, no fun video yet, as Boston Dynamics is apparently waiting for permission from DARPA to release it.

BullDog, like BigDog, is designed to carry hundreds of pounds of gear for armed forces, ambling over rough terrain and following humans without complaint. The larger version will carry 400 pounds, last 24 hours and carry enough fuel for a 20-mile trek. It will also be able to jump over obstacles, and more easily regain its footing after it falls over. BullDog will also have greater navigational autonomy than BigDog, IEEE says.

The most significant change may be that it’s significantly quieter than BigDog, which is quite obnoxiously, buzzingly loud:

BullDog is a 30-month, $32 million project funded by DARPA’s Tactical Technology Office and the U.S. Marine Corps Warfighting Lab. The project started in early 2010, so we anticipate a full unveiling sometime next year.

Until then, content yourselves with some of BigDog’s greatest adventures.