Things are bad in England. In addition to arresting some 1,100 people and nearly tripling the number of police officers... 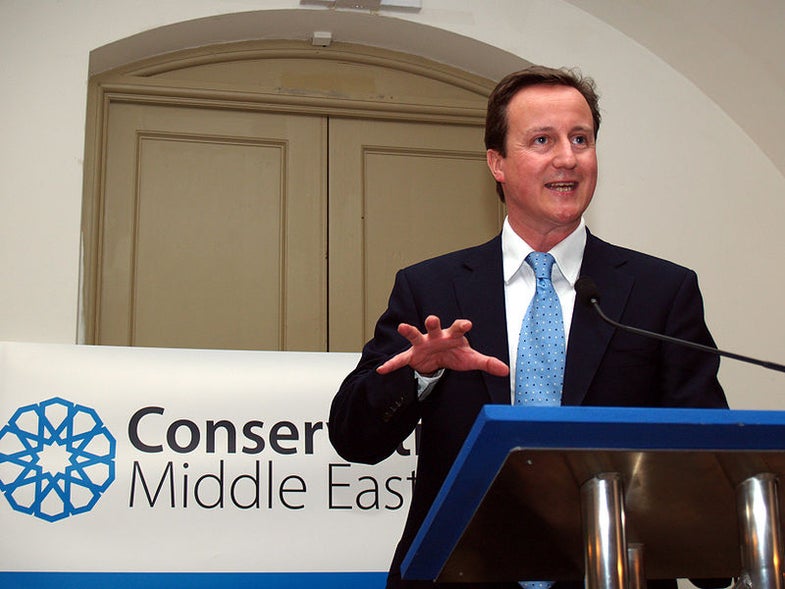 Things are bad in England. In addition to arresting some 1,100 people and nearly tripling the number of police officers in London, police forces have been attempting to use technology to rein in the looting and rioting in the various English cities. The thing is, the looters and rioters are much better at using technology than the authorities, often using social media–including Twitter, Facebook, and the very popular (more so than here in North America) BlackBerry Messenger–to coordinate looting and stay a few steps ahead of the police. U.K. Prime Minister David Cameron has a distinctly, well, almost Chinese response to that: shut ’em all down.

In a statement this morning to other members of Parliament (MPs), Cameron let loose with this bit of totalitarian wisdom:

“Free flow of information can be used for good. But it can also be used for ill. So we are working with the police, the intelligence services and industry to look at whether it would be right to stop people communicating via these websites and services when we know they are plotting violence, disorder and criminality.”

That was about all the detail Cameron gave, so, as Thinq noted, we don’t know how he might approach the task of shutting down Twitter’s, Facebook’s, and BlackBerry’s U.K. services–though of course it is possible. Several Middle Eastern nations, including the United Arab Emirates, have in the past blocked BlackBerry from operating on their soil. But for the U.K. to even think about such a step, and to express it in such a high-profile speech, is a bit shocking.

Shutting down social networks is not an unfamiliar approach–we saw it in a more severe form in Egypt, when the government shut the Internet down entirely in an effort to quell protests mostly by stymying the use of Facebook and Twitter as protest coordination tools. (That didn’t last, of course, and Egyptian Internet services went back online after about a week.) But it ignores that social media is also being used en masse for beneficial coordination, like the 20,000-person-strong London Cleanup Facebook page. That’s not even to mention the “Supporting the Met Police against the London rioters” page, which has garnered nearly a million Likes. It remains to be seen whether Cameron and the police forces will actually pursue this line of inquiry. In the meantime, authorities are using the country’s ridiculously dense system of CCTV cameras (one for every 14 people!) to identify looters.