For all the apocalypse talk that gets tossed around by psuedo-scientists and religious blowhards, rarely do we hear mention of... 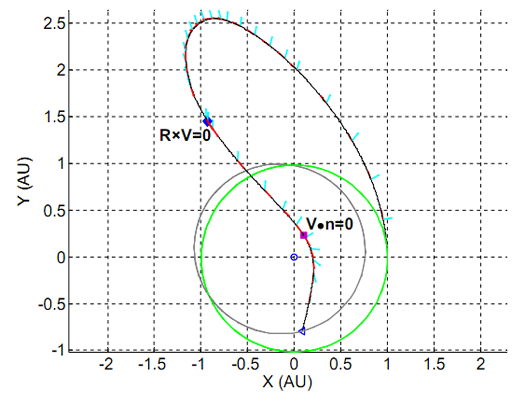 For all the apocalypse talk that gets tossed around by psuedo-scientists and religious blowhards, rarely do we hear mention of Apophis, the 50 million-ton asteroid that actually might come close enough to Earth to warrant an end-of-the-world scare sometime in 2029. In that year it will pass so close to us that we’ll be able figure the trajectory for its return trip in 2036. If it passes through an area of space near our home planet known as the “keyhole,” it spells doom–on its return pass in 2036 it likely would strike us. Luckily, the Chinese are already on top of this one.

Apophis’ keyhole is pretty small, just 2,000 feet wide. In space terms, that’s practically nothing. That means that the chances of Apophis passing through the keyhole at all aren’t great. But it also means that it would only take a very small nudge sometime prior to 2029 to ensure that it misses the keyhole altogether. And that’s where a handful of Chinese researchers at Tsinghua University in Beijing come in.

In a paper they describe how Apophis could be deflected using a small spacecraft powered by a solar sail into a retrograde orbit on a collision course with the asteroid. That retrograde orbit–that’s an orbit opposite that of Apophis–would give it a hell of an impact speed, something like 55 miles per second. That kind of impact, executed far enough in advance, should push Apophis out of its current orbit enough to keep it clear of that keyhole, no Bruce Willis necessary.

But it sounds easier on paper than it really is. NASA’s solar sailing technology is nascent. Japan’s is better but still in its infancy. And as Tech Review’s KFC points out, we’re talking about slinging this spacecraft way out into space where it would cruise for years before reaching Apophis–akin to the old “hitting a speeding bullet with a speeding bullet” analogy. Should the solar winds shift unexpectedly, we might miss. And if we miss Apophis, there’s nothing to guarantee that Apophis will miss us.

Luckily we have some time to figure this one out. Read the paper at arXiv.