In most cities, bike commuters lucky enough to have their own lanes still cannot trigger traffic signals, forcing them either... 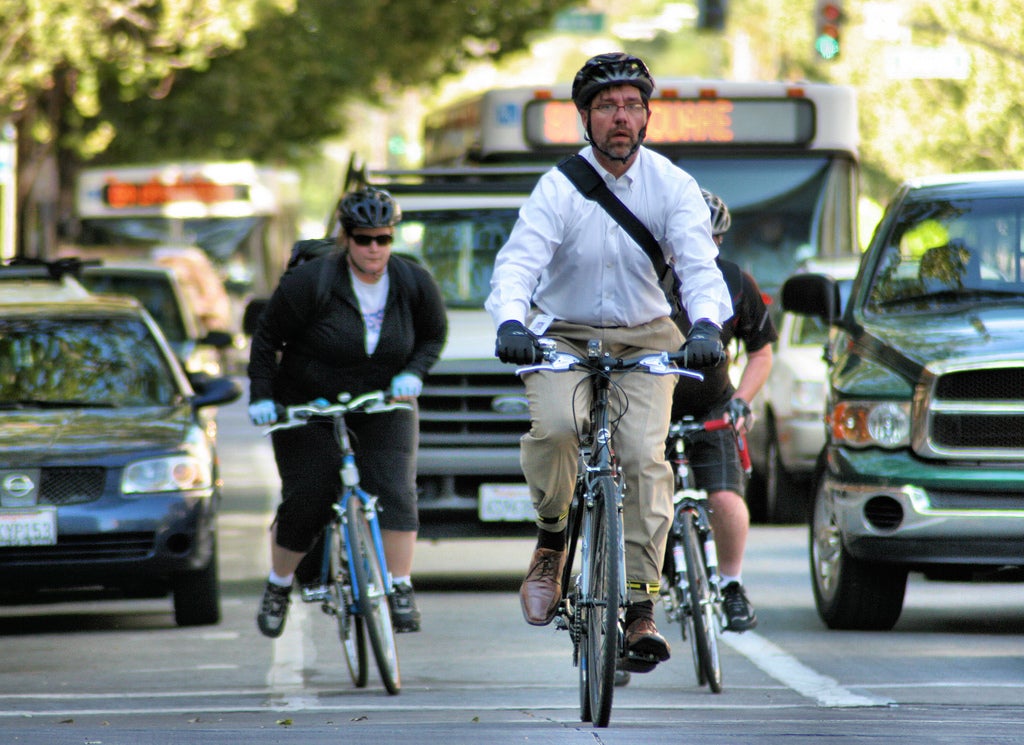 In most cities, bike commuters lucky enough to have their own lanes still cannot trigger traffic signals, forcing them either to wait for a car to pull up, or cross the street to push the crosswalk button. A microwave motion sensor can help by determining when bikes are present.

The Bay Area town of Pleasanton, Calif., is the only municipality in the nation to use this system, which cyclists say is already improving efficiency and safety. The Intersector motion and presence sensor can tell the difference between bikes and cars, and alter traffic signal patterns accordingly.

Many cities have embedded road sensors that can detect bikes as well as cars, but they don’t work if the bike isn’t positioned properly or if the bike is not made of metal. Bike commuters might be tempted to ride through the intersection rather than wait, which is neither legal nor safe.

Video-monitoring systems can also help detect bikes — Pleasanton uses these at all intersections — but they are stymied by wind and fog, according to the Contra Costa Times. Continuous video monitoring can also spark privacy concerns.

The microwave sensors can monitor up to eight detection zones, which the city would specify, and send up to four commands to the traffic signal control box — such as “right turn,” “straight through” and so on. It updates 20 times per second and can track both moving and stationary vehicles, according to the manufacturer, MS Sedco. The systems cost between $4,000 and $5,000 apiece, the Contra Costa Times says.

Pleasanton has the systems at seven intersections so far, with plans to add at least one more. It should come in handy when cars are eventually outnumbered by bikes in that part of the country.