As Kidnappings Increase, Mexicans Get Dubious RFID Tracking Chips Implanted In Their Arms 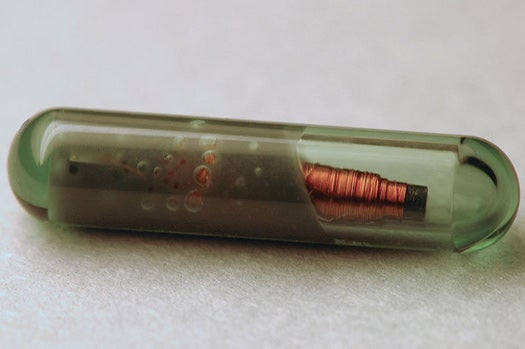 Following the violent kidnapping of former Mexican presidential candidate Diego Fernandez de Cevallos last year, some Mexicans are now having themselves implanted with RFID tracking chips similar to the one that was supposedly cut from Fernandez’s arm by his abductors, the Washington Post reports. Companies selling these chips to scared citizens are promising that they will help rescuers track them down in the event of a kidnapping.

The chip, implanted in the tissue between the shoulder and elbow, sends a signal to an GPS device that the wearer carries. But Xega, the company that manufactures many of the chips, says that they can track clients even without the GPS unit, by sending radio signals directly to the implanted chip. This claim seems very unlikely to be true.

RFID researchers say that Xega’s claim that it can still find clients even if their external GPS unit has been lost is ludicrous. The technology that would allow remote tracking of RFID signals is still far off, they say. Although Xega says they have helped to rescue 178 people in the past ten years, an executive acknowledged that the implant would likely not work without the external GPS.

Mexicans have good reason to be frightened, with abductions having jumped 317 percent in the past five years. One fifth of instances have involved police officers or soldiers, which leads to a mistrust of authority figures. Xega has seen its sales increase by 40 percent in the past two years.

Other companies are selling external GPS trackers equipped with panic buttons, disguised as keychains, watches, or bracelets in the hopes of fooling kidnappers. This approach at least is not technologically impossible, although emitting a regular distress signal could quickly drain the battery of such a device.