Since 2007, IBM has been working with the University of Illinois at Urbana-Champaign to construct the world’s fastest academic supercomputer.... 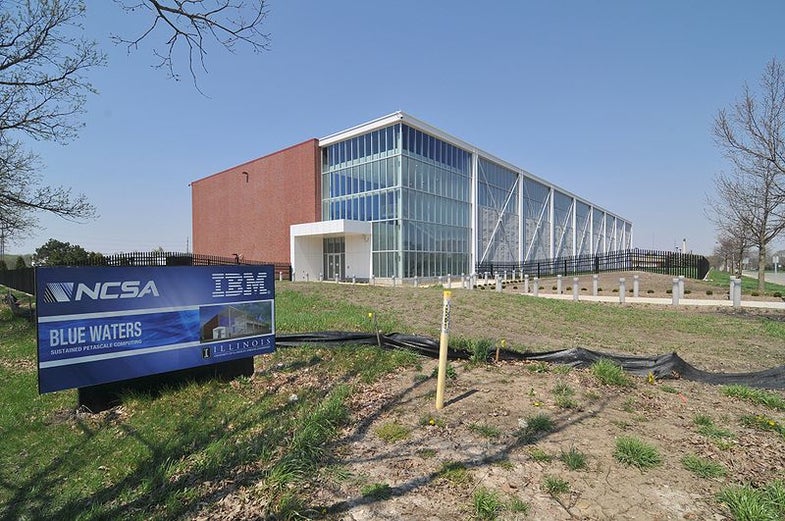 Since 2007, IBM has been working with the University of Illinois at Urbana-Champaign to construct the world’s fastest academic supercomputer. This week we learn that work has been mysteriously halted by IBM, which is taking back the parts it recently delivered to the school, giving U. of Illinois its money back, and ceasing work on the project just months before the massive computer is slated to be completed.

Usually we’d spend the second paragraph telling you why, but in this case we just don’t know. IBM said the supercomputer became more expensive and more complex than the company foresaw. A company spokeswoman said IBM is capable of meeting the technological goals outlined for the project, but nonetheless it is choosing not to.

That’s all a bit odd. The computer, known as Blue Waters, is a building-sized behemoth costing roughly half a billion dollars, much of which was funded by the National Science Foundation. It was based on IBM’s Power7 series chip that is not yet on the market. Which makes one wonder if there was a problem with the chip or with the architecture of the computer itself. Or maybe upon building the first few racks of hardware the computer started to think for itself (with few answers to work with, we’re taking license to speculate here).

But the world’s biggest, baddest academic computer isn’t necessarily lost. The National Center for Supercomputing Applications (you may remember it from our coverage of U. of Illinois’ Advanced Visualization Lab earlier this year), which is heading the effort, is seeking other means to finish the computer without IBM. But it only has a few weeks to get another plan in front of the NSF.

Unfortunately, this kind of hardware doesn’t exactly exist in plug-and-play format, so we’ll have to wait and see if some other chip developer can step in and make the NCSA’s new supercomputer as super as it was supposed to be.