Chinese Scientists Plan to Pull an Asteroid into Orbit Around Earth

Last week Chinese scientists wanted to divert an asteroid away from Earth. This week, they want to pull one into... 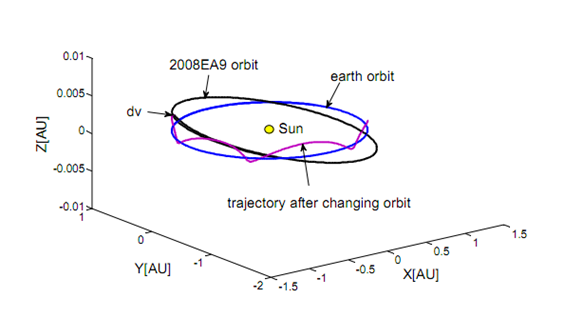 Last week Chinese scientists wanted to divert an asteroid away from Earth. This week, they want to pull one into orbit around the Earth. What’s possible objections could anyone have to this idea?

The notion stems from a phenomenon the researchers from Tsinghua University in Beijing noticed from time to time with Jupiter. Every now and then our solar systems biggest planet pulls in an object from space, which orbits the planet for a time before jetting off into interplanetary space again.

We could do something similar with a number of near earth objects (NEOs) that will pass near Earth in the coming years and decades. None of these objects will pass close enough to be naturally captured by Earth’s gravity, but a few will come so close that a small nudge in the right direction would put them in orbit–likely a temporary orbit–around Earth.

The idea isn’t simply to flirt with cataclysmic danger, but to bring a small object (they suggest a 10-meter object called 2008EA9 that will pass nearby in 2049) into a loop around the Earth so we can study it closely for a few years. If we can get the art of capturing asteroids orbitally down to a science, we could use it to temporarily make asteroids into Earth-bound satellites (orbiting at about twice the distance of the moon), mine them for minerals, and then send them on their ways.

Read the paper at arXiv.