On a Rainy Shuttle-Launch Eve, Atlantis is Still Go, For Now

The next major hurdle to pass is the 1:30 a.m. EST "Tanking Weather Meeting" 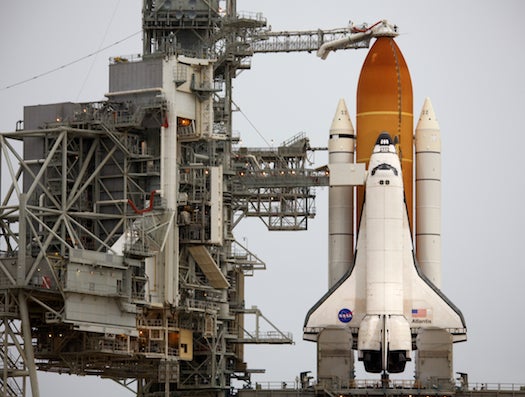 It’s been a damp day here at Kennedy Space Center. As you may have seen on Twitter, we’re here to witness the final launch of Atlantis–the last hurrah for the space shuttle.

The rain has been on and off all afternoon, but the drizzle did not stop us from heading out to the pad for a final farewell to Atlantis before launch, which as of this writing is still scheduled for 11:26 AM EST tomorrow.

Despite the wetness, optimism remains. At 5:45 p.m. EST, the engineering review board meeting concluded with the decision to continue the countdown. The meeting also dispelled a moment of brief concern when a lightning storm crossed the launch pad at around noon today. Two strikes were recorded in the pad’s vicinity, but the shuttle and its launch support equipment were unharmed.

We’ll keep updating on Twitter, and hopefully report back tomorrow with news of a glorious launch. In the meantime, see our gallery of Atlantis looking beautiful, despite the rain.

Atlantis On the Pad 1 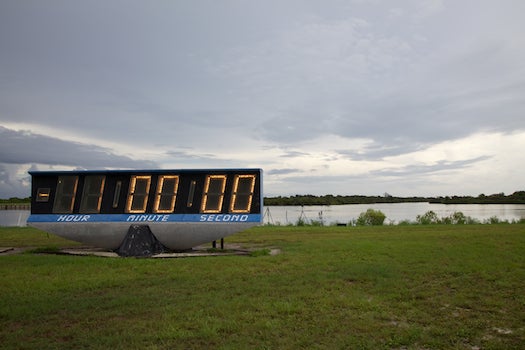 Holding at T-11 hours before final weather and engineering review meetings this evening. 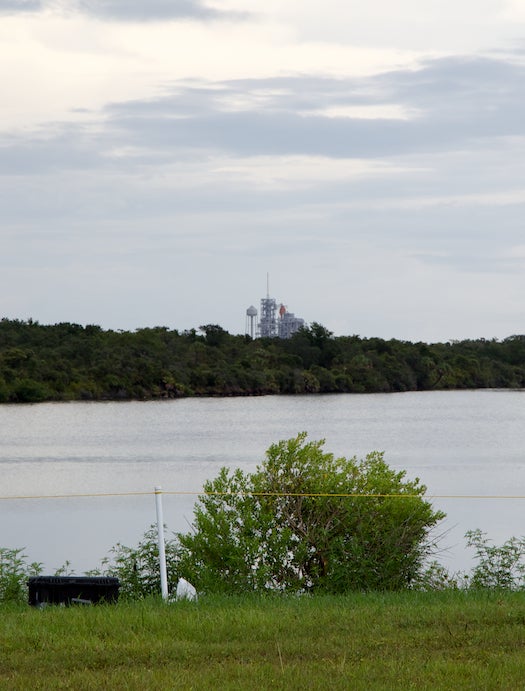 The View From the Press Site

Here’s hoping this view is lit up tomorrow morning. 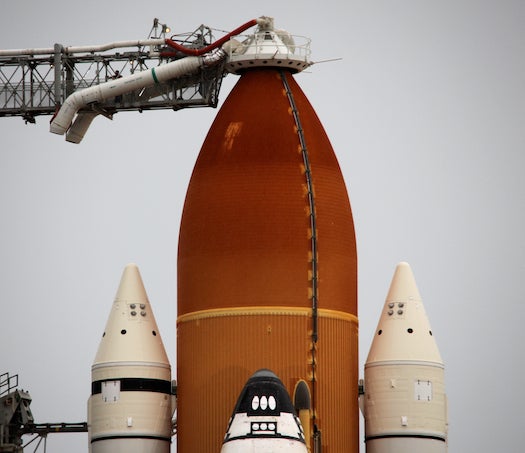 Atlantis On the Pad 2 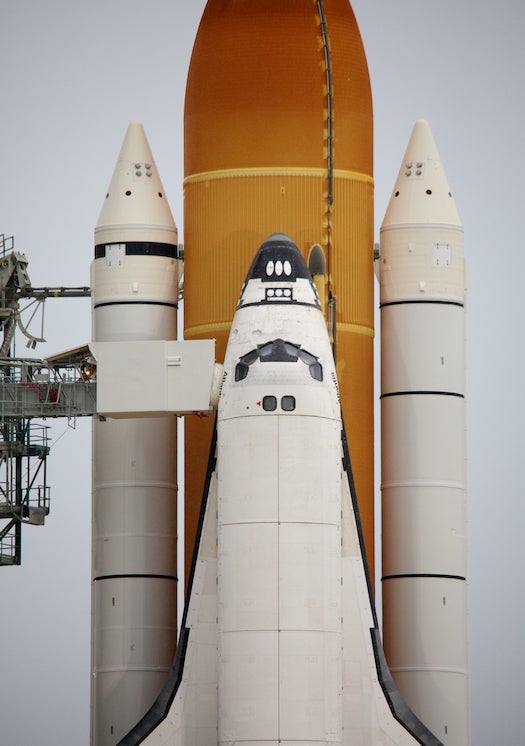 Atlantis On the Pad 3 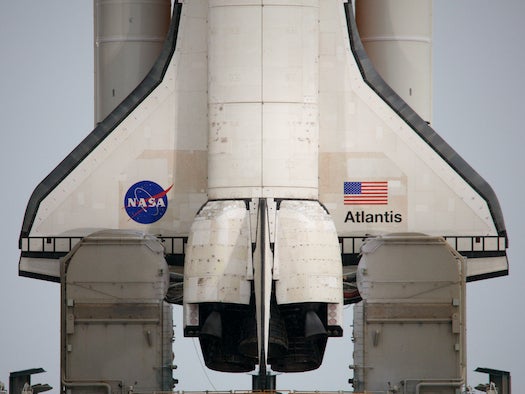 Atlantis On the Pad 4 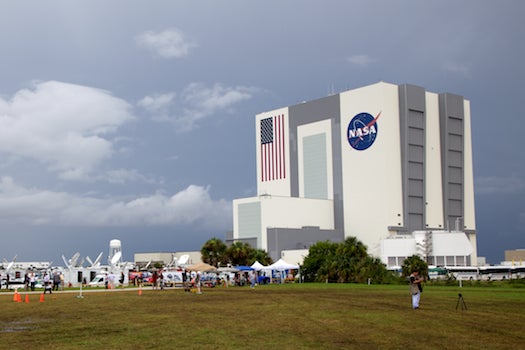 The Vehicle Assemble Building with a gloomy backdrop. 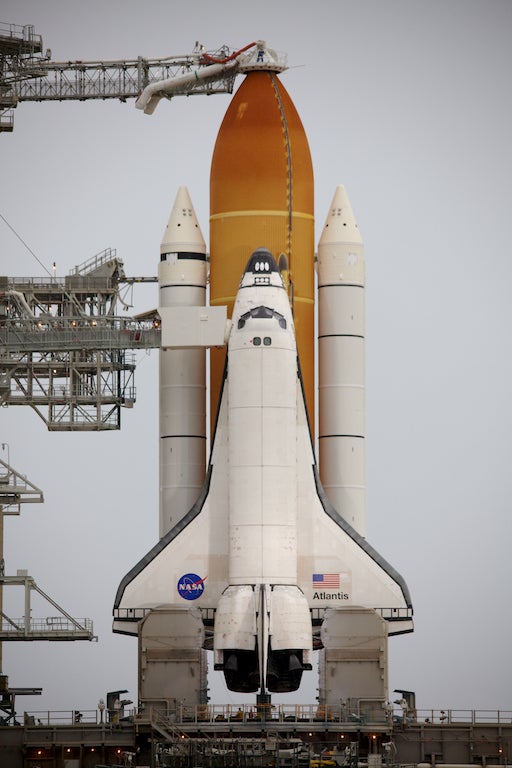 Atlantis On the Pad 5 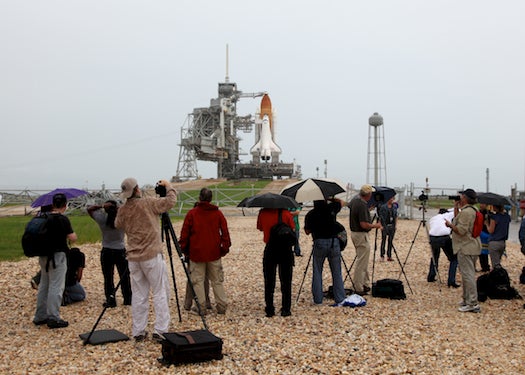 Shooting in the Rain

Despite the wetness, it was a thrill to get this close. 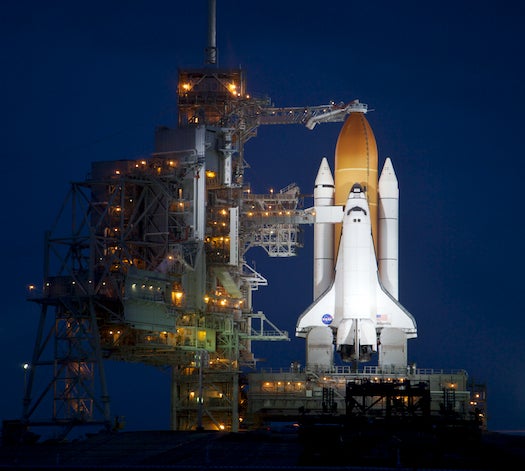 And Again At Night