Hacks, cyber strategies, international cyber squads–we could just go ahead and dub this the “summer of cyber,” and it’s not... 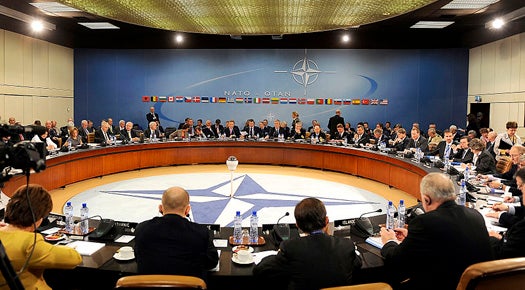 Hacks, cyber strategies, international cyber squads–we could just go ahead and dub this the “summer of cyber,” and it’s not even mid-June. On the heels of some high-profile hacks (including one at Lockheed Martin), a terse exchange between Google and China following a Gmail breach, and the U.S. DoD declaring that cyber attacks can be considered an act of war, NATO has now said it will develop a special cyber force.

It’s even getting a cool name: the “Cyber Red Team.” But the urgency that name implies might not carry over to the force’s actual functions. For the most part, it sounds like the Red Team would simulate threats to manage readiness and response, probe networks for potential security vulnerabilities, assess the damage of cyber attacks against member states, and carry out the occasional denial of service attack.

In other words, it sounds like Cyber Team Red will be a fast reactive force rather than a proactive force meting out cyber punishment to nations that step out of cyber-line. Still, given the difficulty in identifying and prosecuting cyber crimes across international borders, such an international cyber force could go a long way toward enforcing international law/agreements and protecting states that don’t have the resources to mount their own cyber defenses.