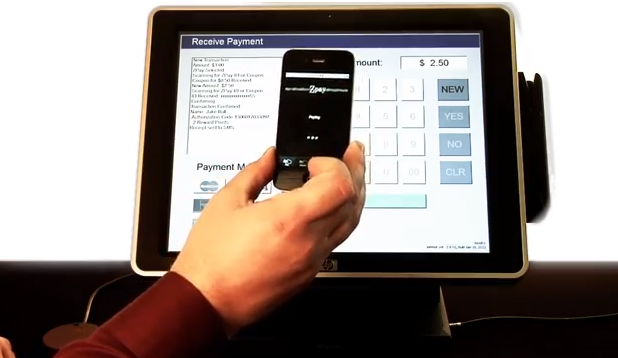 We’re excited about NFC, with all its wallet-replacing, house-unlocking, Wi-Fi-password-remembering potential. But NFC does require a hardware chip, and that means we’re at least a few years from real adoption. The recently announced Zoosh is a wireless protocol that can handle many of the features we’re so anxiously awaiting in NFC–but without any new hardware, you could theoretically get Zoosh on your smartphone with a mere app download.

You can read our full primer on NFC here, but as a basic summary, NFC is a short-range wireless tech similar to RFID, in which small chunks of information can be passed among devices like smartphones and all sorts of other appliances like point-of-sale units, subway entry points, and even less mechanical items like movie posters. There’s only one major NFC-enabled smartphone–the Samsung Nexus S–in the U.S. at the moment, and the infrastructure is in its infancy, but other countries have robust NFC or NFC-type setups and all signs point to a North American embrace as well.

But NFC is a few years off, and Zoosh is here right now. Zoosh, coming from a small Silicon Valley startup, is a software solution that uses the audio hardware found in phones to communicate. As every phone is necessarily equipped with a speaker and microphone, Zoosh saw an opening to use that hardware, rather than create something new. To send data (whether it’s a URL, a phone number, or payment information), Zoosh broadcasts ultrasonic audio in a frequency not audible to human ears, around 20,000Hz. A speaker in another phone (or, later, a point-of-sale unit, which the startup claims can be upgraded for only $30) picks up that audio and translates it back into the intended data. You can see it in action in this wholly Silicon Valley video.

What’s most intriguing about Zoosh is its ease of adoption. All a smartphone needs is a simple app that unlocks its ability to communicate in this way, and there’s no need to worry about compatibility, as all phones have the required hardware. We don’t know many specifics at the moment–the speed of transfer and amount of data that can be transferred is still unknown–but it’s a surprising and seemingly very practical solution. At least, it’s a practical stopgap until NFC gets here.