No Shuttle Launch For At Least Another Week, NASA Says

The last flight of space shuttle Endeavour won’t lift off until at least Sunday, and possibly the middle of next... 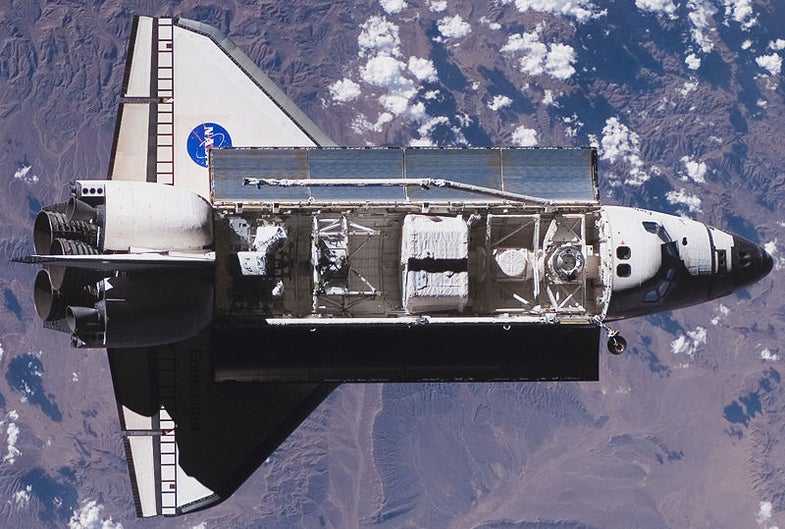 The last flight of space shuttle Endeavour won’t lift off until at least Sunday, and possibly the middle of next week, according to NASA. After managers scrubbed the launch Friday, technicians searched for the cause of a failed circuit in the shuttle’s hydraulic power system, and they found it in a switchbox in the shuttle’s aft compartment.

Managers have to take it out, replace it and test the new unit, and that will take several days.

The shuttle has three auxiliary power units that provide power to steer the orbiter during ascent and entry, and the fuel lines on each APU have two heaters, which prevent the hydrazine fuel from freezing in space, NASA explained.

NASA’s target launch date is Sunday, May 8. If managers don’t make that target, they can’t launch May 9, because Endeavour and a Russian Soyuz spacecraft with an Earth-bound crew both would have to depart the International Space Station on May 23, Florida Today reports. If launch gets delayed until May 12 or later, that could have a ripple effect on the final, final shuttle launch of Atlantis, now scheduled for June 28.

NASA officials had to be bummed Friday when they had to scrub Endeavour’s launch while the president sat watching with his family. Now they find out they’ll have to be at work on Mother’s Day. Bummer.