To keep their communications from being intercepted, robots are learning to talk like cave-dwelling insects. An Australian researcher has tapped... 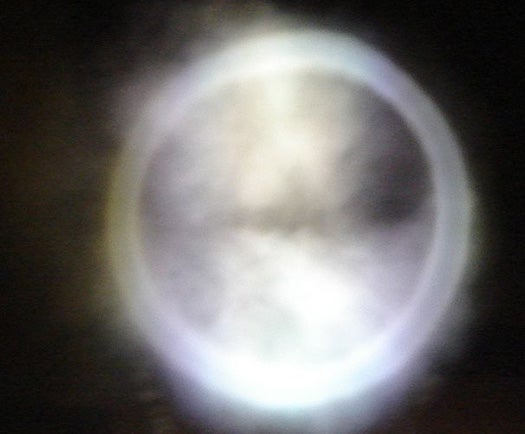 African cave crickets communicate through pressurized rings of air similar to smoke rings like the one pictured. Robots could use the same mechanism to silently communicate without using radio or light signaling. Traitor via Wikimedia
SHARE

To keep their communications from being intercepted, robots are learning to talk like cave-dwelling insects. An Australian researcher has tapped the odd mating call of the African cave cricket to allow robots to speak through rings of high-pressure air, ensuring that their communications won’t be overheard.

The cricket–_Phaeophilacris spectrum_–doesn’t rub its wings together to call out to others of its species. Doing so might alert predators to its location, and that could seriously undermine an African cave cricket’s romantic aspirations. Rather, it repeatedly flings its wings forward to create tiny vortices of pressurized air. Like smoke rings, these bursts of air create a low-pressure region around their edges, causing doughnut-shaped rings to form in the air that can travel fairly long distances. And for the African cave cricket, a few of these rings of air in a row sends a clear message from a male to a female: it’s mating time.

Between robots, these communications could be just as silent but even more complex. An engineer at Monash University in Clayton, Victoria, Australia, has created a scheme wherein a speaker cone can project similar rings of pressurized air to a pressure sensor on a robot 30 centimeters away. Using a binary code, the two robots can exchange more than just carnal come-ons; the two bots can exchange and decode one ASCII character every four seconds without so much as a peep or a wireless signal exchanged between them.