The stealth club just keeps on growing. China’s new mysterious jet prototype, thought to be a stealth fighter prototype to... 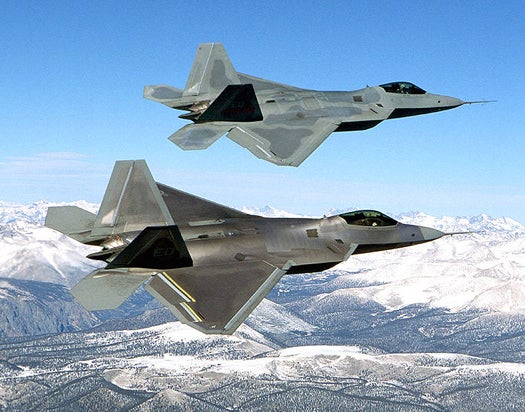 The stealth club just keeps on growing. China’s new mysterious jet prototype, thought to be a stealth fighter prototype to rival America’s F-22 Raptor, made its public debut just after the New Year in a series of “leaked” photos and video clips. Now, a Japanese senior military officer says Japan will test its own homegrown stealth fighter in just three years.

Lt. Gen. Hideyuki Yoshioka told the Associated Press that the prototype is likely to make its first test flight in 2014. This isn’t a complete surprise to those following this ongoing thread in aviation tech–Japan has rolled $473 million into funding their stealth jet initiative since 2009 when it became apparent that the U.S. probably wasn’t going to share its F-22 Raptor tech (Congress deemed America’s most advanced fighter too technology laden to share even with close friends like Japan).

Aside from the United States, both China and Russia have poured resources into rival stealth fighter designs. China’s Chengdu J-20 flew in January and Russia’s advanced Sukhoi T-50 flew last year; coupled with other technologies (China is feverishly upgrading its Navy with hardware including but not limited to aircraft carriers) these aircraft could alter the balance of power in the region.

So is there a high-tech arms race brewing in the Sea of Japan? Sort of, but let’s not get too carried away. Stealth tech isn’t exactly brand new–though it’s still a closely held secret–and Japan isn’t the only nation seeking it. Modern militaries see it as necessary for a cutting-edge air defense, and Japan is nothing if not modern. If other powers in the region are developing their own stealth technologies, it’s unsurprising that Japan would do the same (especially factoring in the tenuous Sino-Taiwanese relationship and the always-unstable presence of North Korea just across the water).