For the First Time, Satellites Track a Ballistic Missile Through All Phases of Flight

When it comes to space-based missile defense, history tells us it’s a good idea to be skeptical of any given... 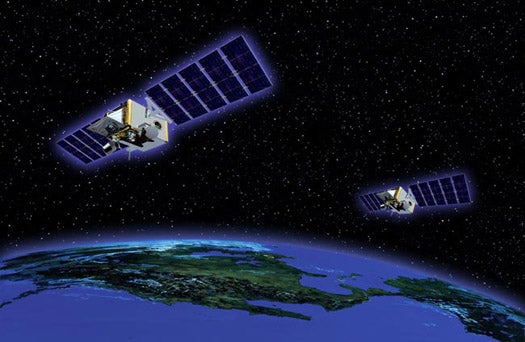 When it comes to space-based missile defense, history tells us it’s a good idea to be skeptical of any given development. Nonetheless, it appears Northrop Grumman has gone and done something pretty cool, tracking a ballistic missile through all phases of flight, a feat one Grumman VP called “the Holy Grail for missile defense.”

Such a birth-to-death tracking has never been achieved before from space, but two unclassified low Earth orbiting satellites launched in 2009–known as Space Tracking and Surveillance System (STSS) spacecraft–managed the feat back on March 16 (the test results weren’t made public until March 22).

The birth-to-death test is but a milestone on the way to loftier goals Northrop Grumman and the U.S. Missile Defense Agency (the body that commissioned the STSSs) have in mind for their missile tracking satellites. After launching in 2009, both STSS spacecraft were put through a series of on-orbit maneuvers and calibrations, a process that ended in November. Since then, they’ve tracked several missile launches through various phases of rocket flight, demonstrating the ability to relay information to each other.

On March 16, the Pacific Missile Range Facility in Hawaii fired off an ARAV-B target missile to see if the satellites could follow it start to finish. Sure enough one of the STSS spacecraft detected the heat signature of a launch event and locked onto its position through boost. Then–and this is the critical part–it passed the tracking data off to the second satellite, which followed it through space, re-entry, and splashdown.

That’s significant for two reasons. For one, they demonstrated the ability to pass tracking data along from one spacecraft to another effectively, a key capability for any future missile tracking constellation. But more critically, the test bodes well for upcoming test in which the satellites won’t just pass tracking data among themselves but also share it with Navy Aegis ships cruising on the waves below.

Later this year the MDA will test the STSS spacecraft to see if their tracking data is good enough to cue the launch of ship-based interceptor missiles. As it stands, those Navy Aegis ships can only launch interceptors if the ship’s own radar is locked onto the missile. If it turns out the satellite data is good enough target a SM-3 interceptor, it would drastically increase the effective range of each ship. It would also show, in demo at least, that a space-based missile defense system actually might be effective.