For some, retirement means moving to Florida. For others, it means winding down one’s professional life and settling into a... 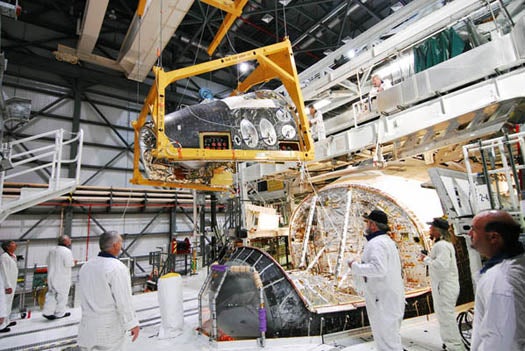 For some, retirement means moving to Florida. For others, it means winding down one’s professional life and settling into a hobby. And for still others, it means having your forward reaction control system completely removed and thoroughly cleaned of all oxidizer chemicals and toxic fuels. So it is for the retired space shuttle Discovery, which is currently being broken down, cleaned, and reassembled for future display.

In Kennedy Space Station’s Orbiter Processing Facility bay no. 2, technicians are gutting part of Discovery’s front end, removing the FRCS (which contains some unfriendly substances used in the Shuttle’s steering jet system) from the nose completely. Once cleaned, it will be restored to the spacecraft.

Though the formal announcement won’t come until April 12th, it’s all but official: Discovery is headed for display at the Smithsonian. Atlantis and Endeavour still have missions to fly, and it has not yet been determined where they will end up. A fourth shuttle is also up for grabs; The Enterprise, which never flew a mission in space, is already housed at the Smithsonian and will likely be relocated to another museum or institution. 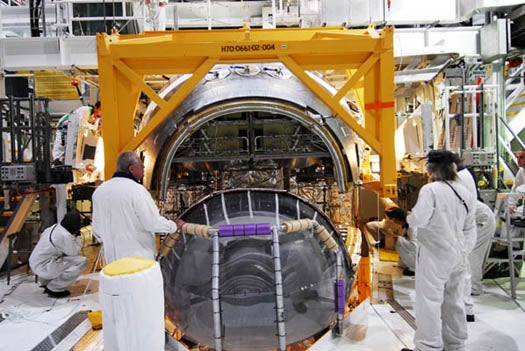 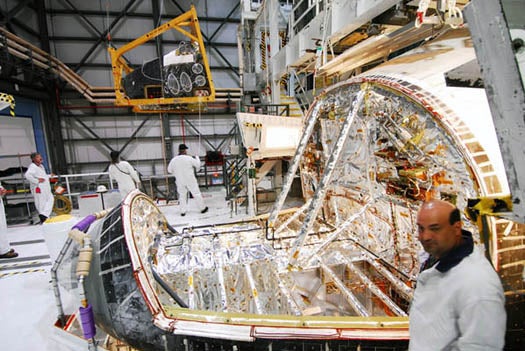 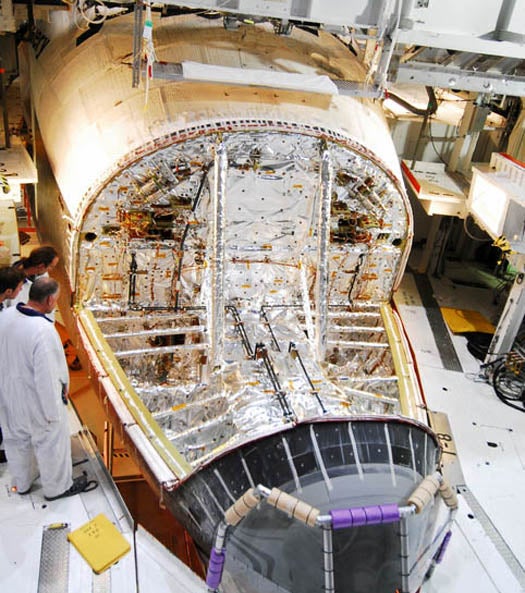 A Look Inside Discovery 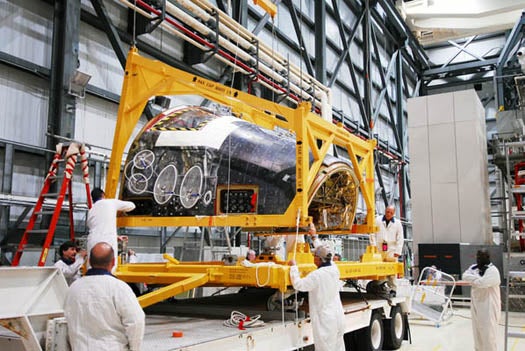 Carting Away the FRCS