Brace yourselves, commuters — body scanners may be coming to trains, subways and boats, according to Homeland Security Secretary Janet... 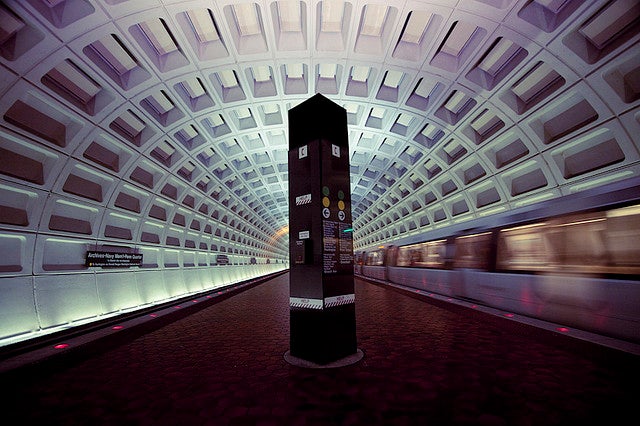 Brace yourselves, commuters — body scanners may be coming to trains, subways and boats, according to Homeland Security Secretary Janet Napolitano.

“[Terrorists] are going to continue to probe the system and try to find a way through,” Napolitano said in an interview that aired Monday night on “Charlie Rose.” She said as aviation security tightens, “we have to also be thinking now about going on to mass transit or to trains or maritime.”

Her comments were a response to a question about what terrorists would be thinking in the future. She didn’t elaborate on what enhanced security at train stations might look like, however.

Trains have already been terrorist targets in England, Russia and Spain, with catastrophic results; just last month, a Pakistani-American was arrested after a thwarted plot to bomb the Washington, D.C. metro system. So it’s somewhat surprising the government took this long to acknowledge our other modes of transport are also at risk.

Granted, a would-be terrorist would not necessarily need to board a train to do some damage — just look at train graffiti and you realize how easy it is to access parked trains and all those miles of exposed track. So in some ways, screening passengers seems kind of silly. Plus, rush hour is bad enough in our big cities — scanners and pat-downs on the D.C. metro and New York subway seem impossibly dilatory.

Napolitano’s comments came during the busiest travel week of the year, amid a national outcry over new airport scanners and Transportation Security Administration pat-downs. She didn’t give any details about how soon the public might see changes, however.