Back in 1996, writer and scientist David Brin wrote “The Transparent Society,” a tale of two fundamentally similar yet very... 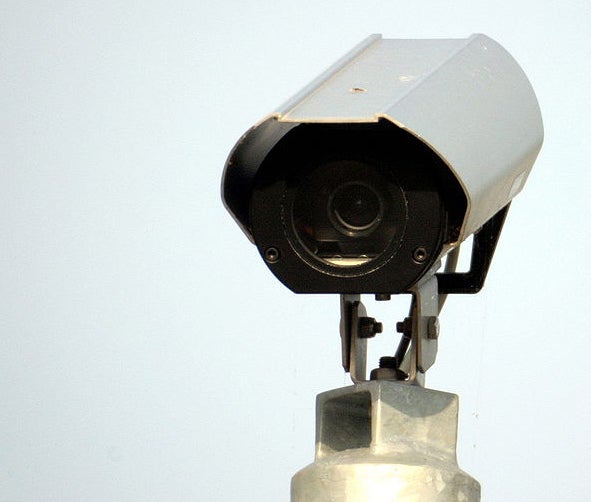 Back in 1996, writer and scientist David Brin wrote “The Transparent Society,” a tale of two fundamentally similar yet very different 21st-century cities. Both were littered with security cameras monitoring every inch of public space, but in one city the police did the watching, while in the other the citizens monitored the feeds to keep an eye on each other (and the police). These days, many UK police forces monitor their city streets with cameras mounted on every corner. Now, for a fee, a private company is crowdsourcing security surveillance to any citizen willing to watch, fulfilling Brin’s prophecy in a sense.

Devon-based Internet Eyes offers businesses a surveillance service in which private citizens eager to earn cash rewards can log on and view video streams remotely, keeping an eye out for suspicious activity. If a viewer spots a shoplifter, a text is sent to two mobile numbers of the owner’s choosing, alerting store personnel of the matter. The viewer can earn rewards of up to 1,000 British pounds if the tip turns out to be accurate (that’s roughly $1,600). The business pays 75 pounds per month for the service.

If it sounds a bit Orwellian, it is and it isn’t. After all, it’s not the actual government accessing the feeds but regular civilians with no law enforcement power. And steps are taken to keep things secure; the feeds swap every 20 minutes and are completely anonymous, so a viewer doesn’t know the location of the camera. If a viewer does report a crime, the feed switches immediately afterward. In short, any kind of voyeuristic fun you might want to have via the service is seriously limited.

The folks behind Internet Eyes claim it’s an affordable way to offer security to small businesses that can’t afford to hire full-time security guards. But privacy advocates point out that viewers might be motivated by their own biases to direct attention to certain people, and that the financial incentive for catching a shoplifter creates an incentive to report often and without regard for the person on the other end of the camera. After all, the viewer isn’t the one who has to approach people in the store and make the accusation.

The company’s founder said the site has drawn more than 1,000 viewers and reported more than 135 alleged incidents to business owners. What’s not immediately available are numbers on how many of those 135 incidents turned out to deter real criminal acts. It’s an interesting social experiment examining the new boundaries of privacy and citizen power in this networked world of ours. Are we better off leaving the policing to salaried police officers or using technology and monetary incentives to allocate eager civilian eyes to video streams that need monitors? If you pay civilian watchdogs based on how much crime they report, will they start seeing crime everywhere they look? What say you, readers?