In addition to its sensitivity, human skin is remarkably responsive, adapting to changing conditions almost as fast as you can... 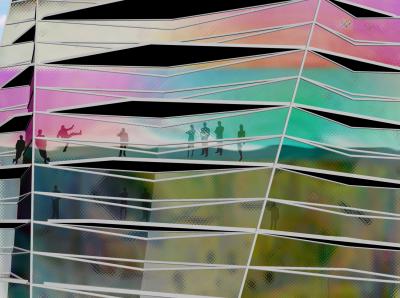 In addition to its sensitivity, human skin is remarkably responsive, adapting to changing conditions almost as fast as you can say “exfoliation.” It protects us against disease, water loss and radiation, and it constantly renews itself.

What if buildings had adaptable skins? They, too, would be able to respond to heat, humidity and light, saving energy.

Teams of researchers at the University of Pennsylvania hope to figure this out, using National Science Foundation grants to study the adaptability and resiliency of human cells. They plan to study cells of all kinds, not just skin cells, to create future building “skins.” The work could lead to a new method of sustainable design.

In a news announcement, Shu Yang, professor of materials science and engineering, explains: “Through analyzing several of the body’s functions — how human pulmonary artery vascular smooth muscle cells contract or relax, for example — we will attempt to transfer this fine-scale design ecology to the macro-scale design of adaptive building skins.”

Cells use chemical and physical reactions to alter the geometry of their surrounding environments, and if scientists can unravel exactly how this happens, they could translate it into bio-mimetic designs, according to Penn. The goal would be to make building-scale sensing and control mechanisms. The university recently received a $2 million, four-year NSF grant for this work.

The NSF grant applies to researchers in several otherwise unrelated labs, including Yang’s, which will use architectural and computational algorithms to measure and visualize how cells modify their environments. Other teams will design bio-inspired sensors and high-throughput diagnostic tools, according to Penn.

It’s not clear what building skins would look like, but the goal is to create structures that could one day automatically respond to environmental factors — just like our own skin.