In America, the animalistic automatons at Chuck E. Cheese entertain (and sometimes terrify) children with their inelegant, slack-jawed singing, spastic... 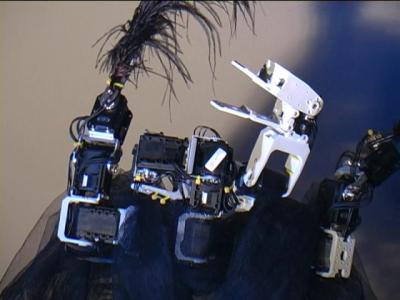 In America, the animalistic automatons at Chuck E. Cheese entertain (and sometimes terrify) children with their inelegant, slack-jawed singing, spastic motions, and soulless, lifeless eyes. It’s a stark contrast with Sweden, where a robot swan is literally moving people to tears with a four-minute, professionally choreographed routine, dramatically executed to Tchaikovsky’s “Swan Lake.”

The Dying Swan moves sometimes gently, sometimes with energetic passion, but apparently always beautifully, leading the few people who have witnessed its dance to describe it with words like “touching” and “beautiful.” In other words, its display conjures adjectives not usually associated with the motions of a robot.

The Dying Swan’s creators at the Mälardalen University wanted to explore the role of robotics in art and dance, hiring a respected professional choreographer to teach the swan its routine, which it performs elegantly via 19 different joints that give it a high degree of flexibility and dexterity. While the routine hasn’t been released publicly yet, the rest of the world won’t have to wait very long to weep over the Dying Swan’s majesty; it makes its public debut on Thursday at Sweden’s largest book fair in Gothenburg.