Had you happened to be in the eastern Netherlands on Sunday, you could have had the opportunity to hear a... 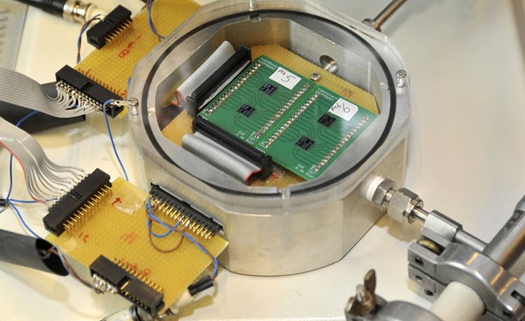 Had you happened to be in the eastern Netherlands on Sunday, you could have had the opportunity to hear a new composition: “Impromptu No. 1 for Micronium.” However, you probably wouldn’t have seen much. That’s because the micronium, while it may sound like a miniature tuba, is actually the first musical instrument measured in micrometers whose tones are audible to humans.

Created by students at the University of Twente, the micronium is made up of springs one tenth the thickness of a human hair hung with a mass weighing no more than a few dozen micrograms. The springs are plucked by miniature combs that fit together just so, producing a tiny movement and a tone. Six of these tones can fit on one microchip, and by combining chips you get the range of tones needed to play more varied compositions. 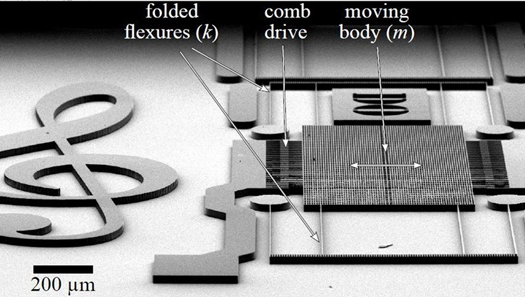 The level of precision needed to construct the micronium is only possible inside a clean room, where the extreme sanitary conditions allow advanced etching techniques to be used. Even so, the project leader claims that tuning the instrument, not measuring and constructing a device with parts smaller than human hairs, was the most difficult challenge. Spoken just like a scientist.

Making music on a microscopic scale from University of Twente on Vimeo.

(Skip to about 6:05 if you just want to hear the darn thing, without all the exposition.)