A solar storm that smashed into Earth on April 5 went largely unnoticed by most of us down here on... 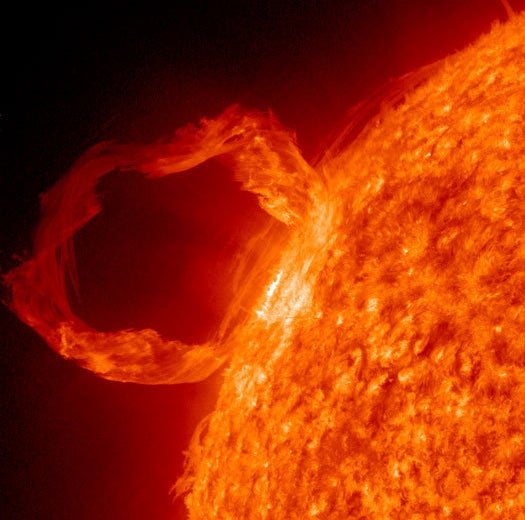 A solar storm that smashed into Earth on April 5 went largely unnoticed by most of us down here on the planet, but a group of engineers at satellite maker Orbital Sciences Corp. have been thinking about it ever since. That’s the day Galaxy 15, one of their satellites owned by Intelsat, went radio silent. The satellite is still functioning, going about its daily chores of relaying signals around the globe, but Galaxy 15 is ignoring all commands from handlers on Earth, leading engineers to dub the renegade satellite a “zombiesat.”

Satellites break down from time to time, and Galaxy 15 is by no means the only satellite adrift in orbit. But it is the first case where the satellite is still functioning after breaking off communications with Earth, which presents something of a problem.

Galaxy 15 isn’t much of a collision threat to other satellites — despite the regular hemming and hawing about space junk, there’s still a ridiculous amount of empty space in our sky — but because the satellite is still functioning it could interfere with other satellites in its neighborhood. On Monday, controllers beamed a powerful signal to Galaxy 15, not with the aim of regaining control, but simply in hopes of turning it off before it becomes an orbiting headache for other satellites. Galaxy 15’s response: nothing.

So what happens next? If engineers can’t devise a way to either regain control or power down Galaxy 15, it will most likely join legions of other defunct satellites at one of two points in the sky where adrift zombiesats gather due to irregularities in Earth’s magnetic field. There are already about 200 objects hanging around these libration points, which are located at longitudes 105 degrees west and 75 degrees east.

Then, as with all satellites that go rogue, Galaxy 15’s orbit will slowly decay over time until it meets a fantastic end while crashing through the atmosphere at breakneck speed. That’s cool to visualize, but not at all what Intelsat or Orbital Sciences had in mind for the satellite. For satellite makers and operators, those enhanced solar weather models informed by the Solar Dynamics Observatory can’t get here soon enough.