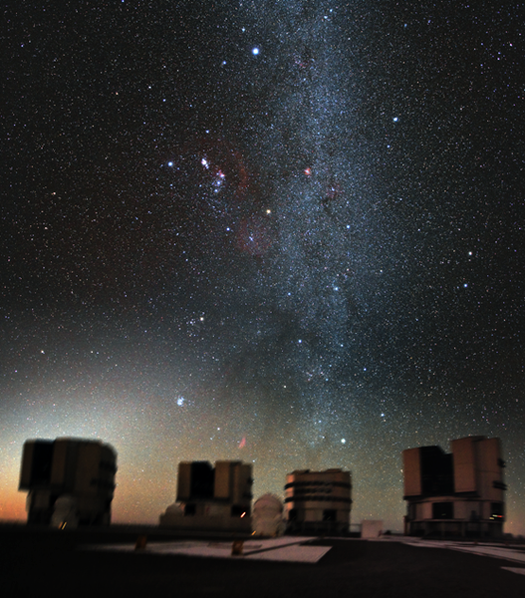 Alright, so the locale isn’t so surprising, considering the VLT is directly down the road. But after several years of consideration that included other sites in Chile as well as spots in the Spanish Canary Islands, the ESO decided it’s been playing it right all along in the Atacama. The region’s aridity means there is less water vapor in the air that might disrupt incoming starlight, and the weather couldn’t be better: 320 cloudless nights per year.

Having clear skies will be integral, as the E-ELT will be expected to image big chunks of sky. Its primary mirror will measure nearly 140 feet in diameter. VLT’s largest mirrors measure just under 27 feet, making E-ELT about five times bigger. The new telescope will actually gather 15 times more light than the best optical telescopes currently operating, and its images will appear 15 times sharper than those snapped by Hubble. It will be so powerful, in fact, that it will directly image rocky planets in other solar systems.

As such, the Extremely Large ‘Scope should shed some light on some of the universe’s deepest mysteries, like the natures of dark matter, dark energy and black holes, not to mention offer some insights on more conventional processes like galaxy formation and star birth. ESO hopes to have E-ELT surveying the sky by 2018.