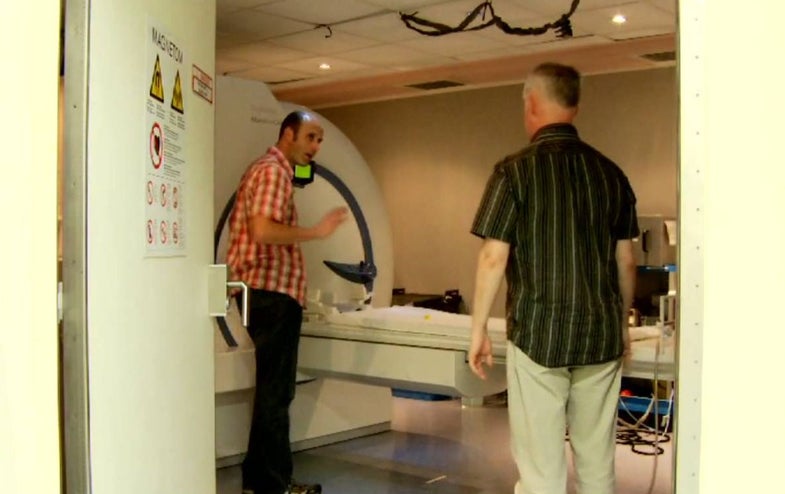 Brain scan technologies still can’t do mind reading as such, but they do provide a window into what the human brain is doing at a given time. Now a computer algorithm has used brain activity patterns to predict which of three activities human volunteers were remembering.

Scientists showed 10 volunteers three short films that featured women carrying out ordinary activities. Some of the footage included drinking coffee and then tossing the paper cup, as well as mailing out a letter.

The volunteers then recalled each of the films inside an fMRI brain scanner, which gauges brain activity based on changes in the brain’s blood flow. That allowed the computer algorithm to study the brain activity patterns, and then start predicting purely based on the patterns.

University College London researchers at the Wellcome Trust Center for Neuroimaging focused specifically on the hippocampus region of the brain, which seems to play a crucial role in recording episodic memories. Three particular areas of the hippocampus lit up consistently in all participants — but the scientists remain unsure as to the exact role for each.

Too bad the same computer probably couldn’t predict which short films Oscars viewers were thinking of, if only because short films don’t usually register for most moviegoers. But at least the shorts do get some center-stage attention, unlike the Sci-Tech Oscars hidden away in the cupboard under the stairs.