Video: The Last Ever Test Firing of the Space Shuttle Rocket Booster 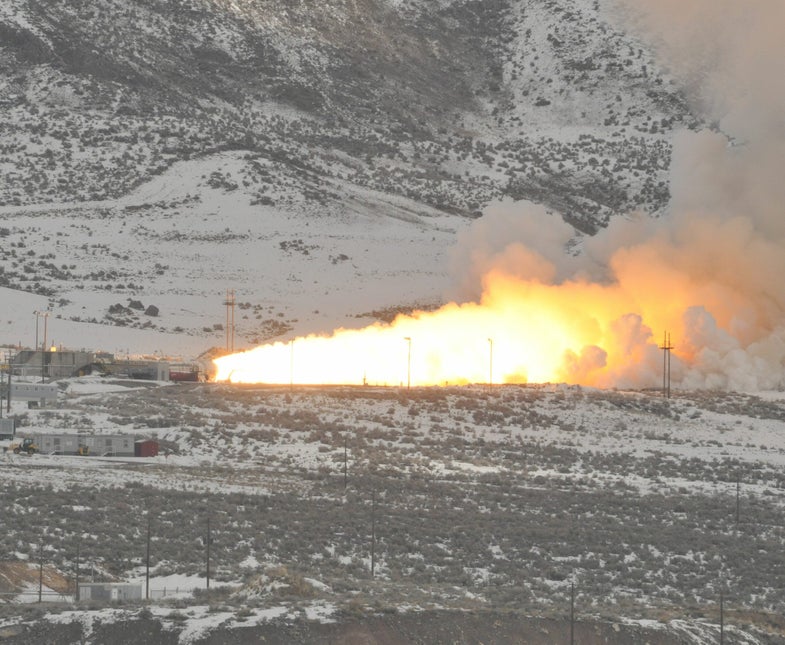 A roar and tongue of burning flame today marked the last test firing of a space shuttle solid rocket motor. Such test firings have taken place 52 times over more than three decades as trial runs for the 123-second burn of an actual space shuttle launch, but this is the end of the engineering ritual, as the space shuttle closes in on its scheduled 2010 retirement.

This last test was meant to ensure the quality of the remaining solid rocket motors that will carry the four remaining space shuttle missions skyward. Each motor forms the core of the twin solid rocket boosters that provide 80 percent of thrust for the first two minutes of a shuttle launch. Each individual rocket booster creates an average thrust of 2.6 million pounds, so that a pair can lift the 4.5-million-pound shuttle.

The ATK-built motors have launched NASA’s space shuttle into orbit 129 times, not counting the Challenger launch disaster where an O-ring on the right solid rocket booster failed. They are still the largest solid rocket motors ever flown, the first designed for reuse, and the only solid rocket motors rated for human flight.