There’s art and then there’s science, but every now and then the two cross paths spectacularly. NASA’s newest celestial shutterbug... 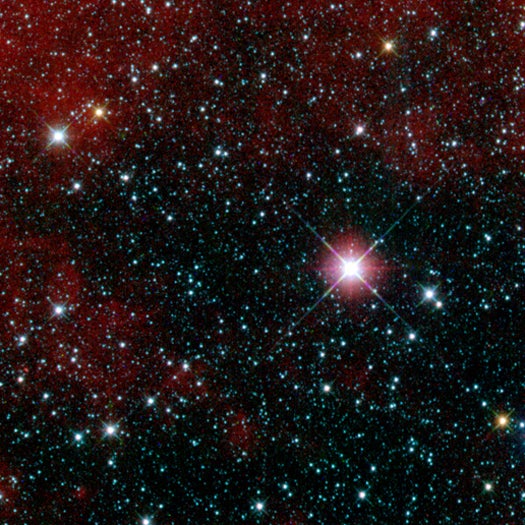 There’s art and then there’s science, but every now and then the two cross paths spectacularly. NASA’s newest celestial shutterbug popped its lens cap today and captured this stunning vista of the cosmos as part of a nine-month mission to map the entire sky in infrared light.

Launched just last month, the Wide-field Infrared Survey Explorer (WISE) is on the lookout for all kinds of space objects floating about the void, from tiny asteroids, to failed stars to entire galaxies. The work WISE does will inform other missions NASA has running right now, serving up points of interest for bigger, badder instruments like the Hubble and Spitzer telescopes to zoom in on.

The above image was captured shortly after WISE jettisoned its telescope cover for the first time. Covering a patch of sky about three times larger than the full moon, the shot is being used to calibrate WISE’s image capture system, which uses an internal scan mirror to counteract the fact that the satellite is whipping around the Earth at very fast speeds. Once underway, WISE will snap a photo every 11 seconds, covering the entire sky in just six months and then reshooting half the sky for another three, hoping to capture some unique phenomena for researchers to further explore.

This particular image of the sky, however, was selected precisely because it does not contain any particularly bright objects that might damage detectors on board WISE if observed for too long during calibration. But what’s not so bright to an infrared telescope seems pretty dazzling to us. Check out NASA’s image archive for a full-res, downloadable version.