In a world of real-time Twitter search and smartphones that whisk pictures and videos around a very mobile Web, it’s... 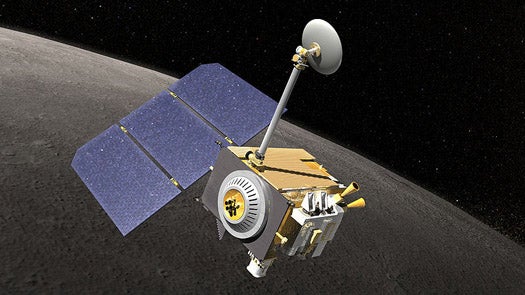 In a world of real-time Twitter search and smartphones that whisk pictures and videos around a very mobile Web, it’s hard to believe that data transfer rates to and from space often border on dial-up speeds. The ISS is one of the most advanced pieces of technology man has ever dreamed up, yet crew members got their first Internet connection just last week. But by integrating three of its space networks and polishing up its space comms technologies — many of which have been in place since the 1990s — NASA hopes to boost its connection speeds even in deep space by 50 times.

By folding together its Space Network (SN), Near-Earth Network (NEN) and Deep Space Network, NASA plans to seriously up its data transfer rates, meaning future missions to the moon or Mars could be exchanging 600 megabits per second with handlers back on Earth, vastly increasing the scientific payoff per mission. As an added bonus, by adding new automated systems and smarter technologies, the space agency is getting it done without any additional drain on its budget.

An integration of existing technologies is way overdue; previously, each NASA mission patched together its own communication networks based on the demands of the mission, a process that worked but was inefficient for all the obvious reasons. By creating a single umbrella network for all missions, managers of everything from space probes to planetary orbiters to manned missions will have data flow capabilities that the Apollo and Gemini crews never dreamed of.

The integration of the existing systems should be fully completed no later than 2018. In the meantime NASA is cooking up some other rather impressive high-speed connections in space. The traveling wave tube amplifier on the Lunar Reconnaissance Orbiter works in the Ka-band of the radio spectrum, enabling 461 gigs a day to flow between the orbiter and Earth. More impressive is the earth-based laser that hits the LRO in stride nearly 240,000 miles away, dozens of times per second. That laser is used for ranging and tracking rather than data transfer, but the capability for connecting with moving spacecraft that far away bodes well for the data-laden lasers of the future.

That kind of precision and speed could allow data transfer of 600 megabits per second from the moon or even Mars. If Constellation astronauts return to the moon in coming decades, don’t expect to see the grainy footage of the Apollo era. With high-speed data connections, we can finally bring space home in HD.