As technological tensions run high between the U.S. and China these days (see Google’s recent dust-up with the party, etc.),... 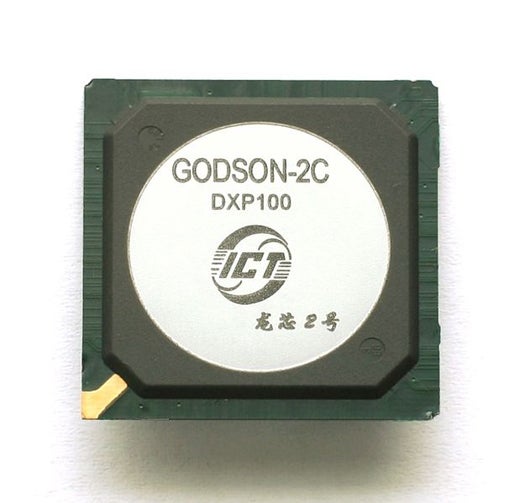 An earlier generation of the Loongson – also known as "Dragon Core" or "Godson" – used in some netbooks and PCs. The next-gen Loongson 3 should be able to power China's first home-grown supercomputer. Konstantin Lanzet
SHARE

As technological tensions run high between the U.S. and China these days (see Google’s recent dust-up with the party, etc.), the People’s Republic has unveiled more details on its quest to phase U.S.-made processors from its microchip diet. China’s next supercomputer – a Linux-running machine known as the Dawning 6000 – will run purely on Chinese processors, possibly before the end of this year.

China has been developing its own CPUs at the state-run Institute of Computing Technology (ICT) for several years, but iterations of its chip – known as Loongson or “Dragon Core” – have been incapable of breaking into the elite ranks of supercomputing. China’s last supercomputer, the Dawning 5000a, was intended to run on Loongson processors, but was eventually constructed around AMD processors when the ICT couldn’t deliver a powerful enough chip quickly enough.

The Loongson 3, under development since 2001, should change all this if the ICT can deliver on its promise. Based on the MIPS architecture, the chips theoretically can be strung in 16-core clusters to perform at extremely high speeds, possibly hitting the petaflop performance mark with just 782 16-core chips. That’s one quadrillion operations per second, for those of you keeping score.

Right now, of course, this is all on paper (well, a quad-core chip is in prototype, but the proposed 16-core bad boy is still under development). But authorities in the supercomputing field seem to agree that the chips, running in clusters, can hit the performance marks necessary to create a top-tier supercomputer. This isn’t the first time the Chinese have promised a home-grown high-performance supercomputer, but for the first time it looks like they are going to deliver.