On Saturday, the Cassini spacecraft conducted a flyby of Saturn’s sixth-largest moon, Enceladus, snapping some rather breathtaking photos along the... 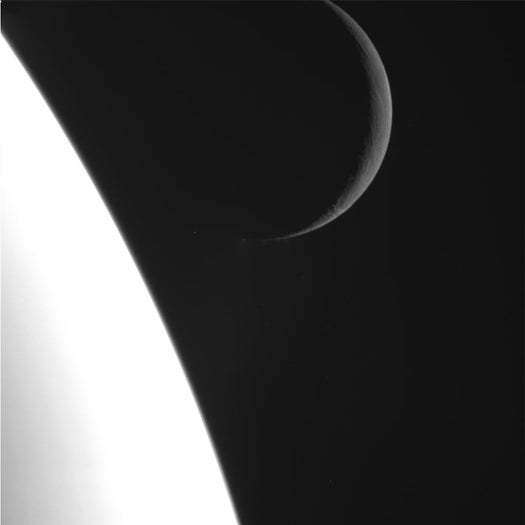 On Saturday, the Cassini spacecraft conducted a flyby of Saturn’s sixth-largest moon, Enceladus, snapping some rather breathtaking photos along the way. The flyby, whose purpose was to gather the highest-resolution photos ever of the moon’s southern polar region and to thermally map the “tiger stripe” terrain there, gathered some stunning images including some of the geyser-like plumes Cassini discovered on the moon’s surface during previous flybys.

The photos themselves — provided by Cassini Imaging Central Laboratory for Operations (CICLOPS) — are raw and unprocessed, but along with the thermal data they should help researchers piece together a detailed map of Enceladus’s geologically active southern pole. Researchers are especially interested in the deep fissures in that region, dubbed “tiger stripes” for their appearance, as they are warmer than the rest of the surface and spew forth water and ice in large plumes that can reach miles above the surface.

The photos will be the last look at the south pole that Cassini offers researchers before the region fades into darkness for the next several years. Cassini itself is on borrowed time; its original four-year mission ended in 2008, but the spacecraft was still in such good shape it was retooled to extend its data gathering until late 2010. The spacecraft has now set its sights on Rhea, another of Saturn’s moons. 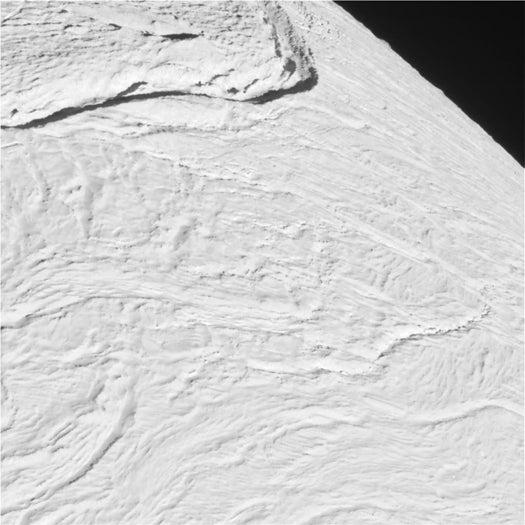 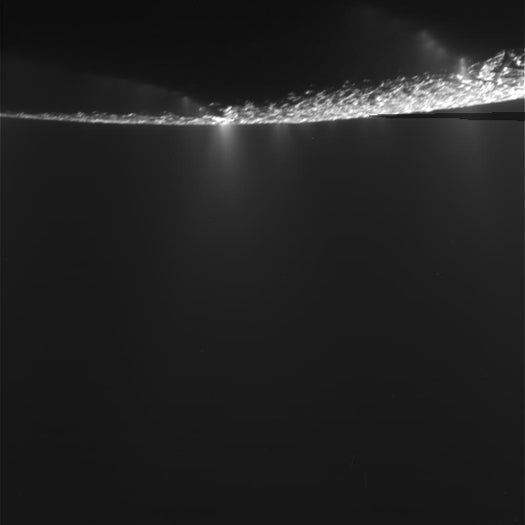 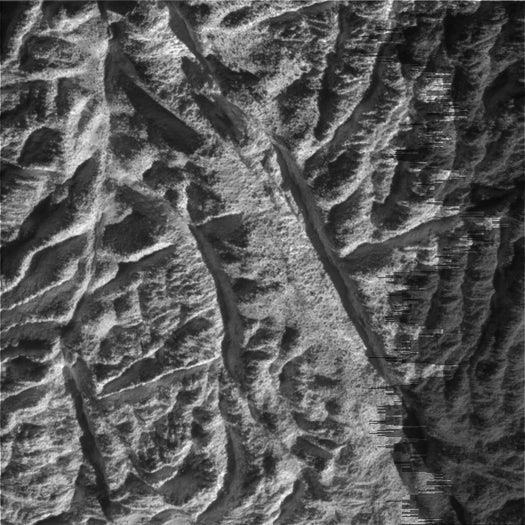 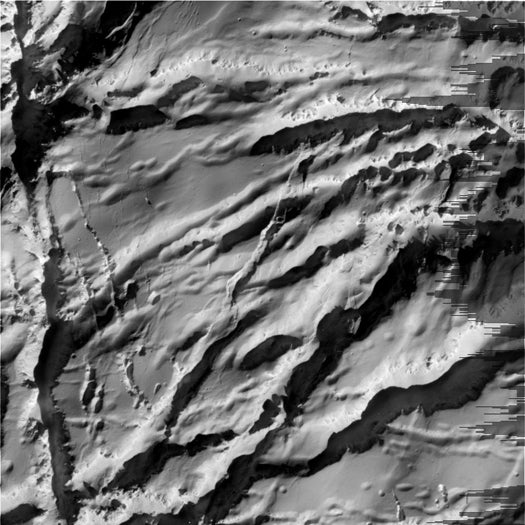 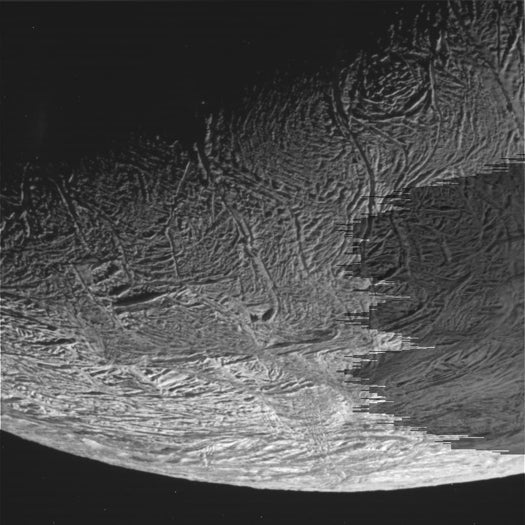 The View From Below