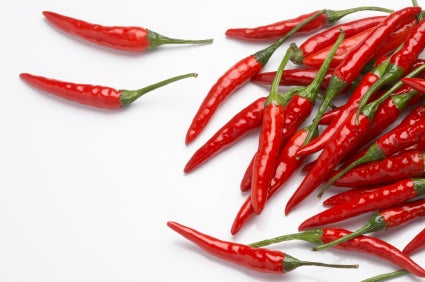 A year or so ago we ran an FYI story on whether you could die from eating too many chili peppers. We said probably not, reasoning that it would take an impossible amount of peppers to do lethal damage. Well, take it easy on those hots; we’ve been proven wrong. Andrew Lee, a 33-year-old forklift driver from Edlington, Doncaster in the U.K., dared his girlfriend’s brother to eat a spoonful of a hot sauce Andrew had made from home-grown chilies. Andrew then ate a plate of the sauce, complained of itching before bed, and suffered a fatal heart attack by morning. Tests are still being run, but in the meantime it appears that it was indeed the spice that caused the attack.