Swine Flu Vaccine May Have Caused Spike In Narcolepsy Cases

Plus, a new theory as to what normally causes the sleep disorder 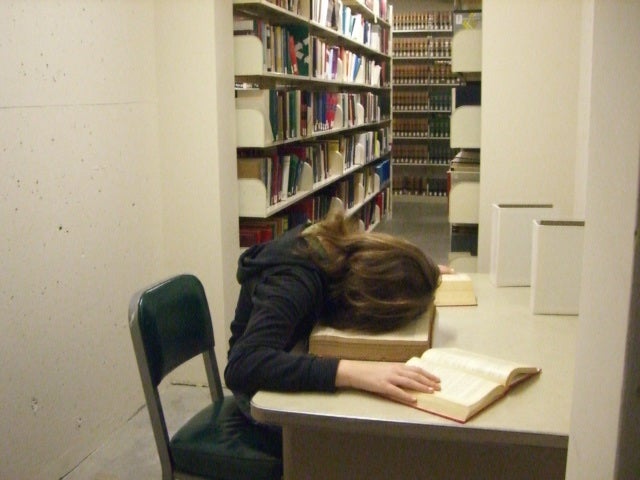 Back in 2009, the global H1N1 (swine flu) outbreak was the cause of a lot of concern. But while many public health officials were focused on the flu itself, a team of neuroscientists led by researchers at Stanford University noticed something strange: That year saw a huge uptick in the number of people diagnosed with narcolepsy, a sleep disorder famous for causing its sufferers to be rendered unconscious for several minutes during unpredictable “sleep attacks.” They suspected that the flu vaccines, which were being deployed in high numbers worldwide, might have had something to do with it. People vaccinated with one in particular, called Pandemrix, showed particularly high levels, and the researchers sought to figure out why. Their study, published today in Science Translational Medicine, could shed new light on what causes narcolepsy, which is still poorly understood.

Pandemrix and a similar vaccine, Focetria, were formulated from two different strains of the swine flu virus. The virus contains a protein that has a similar structure to a receptor for hypocretin, a hormone that regulates sleep and wakefulness. (Narcolepsy destroys the cells that make this hormone.) And while both Pandemrix and Focetria contained the protein, Focetria had about 75 percent less of the protein. This led the researchers to hypothesize that the antibodies that the body was producing to fight the flu could also be combatting the hypocretin receptor and causing narcolepsy. The researchers confirmed this idea by testing 20 people who had received the Pandemrix vaccine—17 of them had elevated levels of antibodies targeting the hypocretin receptor. None of the six people tested who received Focetria had the same antibodies.

The causes of narcolepsy have remained a mystery for decades, and these finding suggest a new theory: That narcolepsy could be an autoimmune disorder. People with a genetic predisposition, combined with high levels of the swine flu virus, could generate enough antibodies that persist in the body for months and even pass through the blood-brain barrier. Once in the brain, these antibodies could tamper with sleep-wake cycles and cause narcolepsy. Without more research done to evaluate the idea, the study authors can’t be sure that these antibodies cause narcolepsy, but for now they call the mechanism “an inviting possibility.”