And also kill them 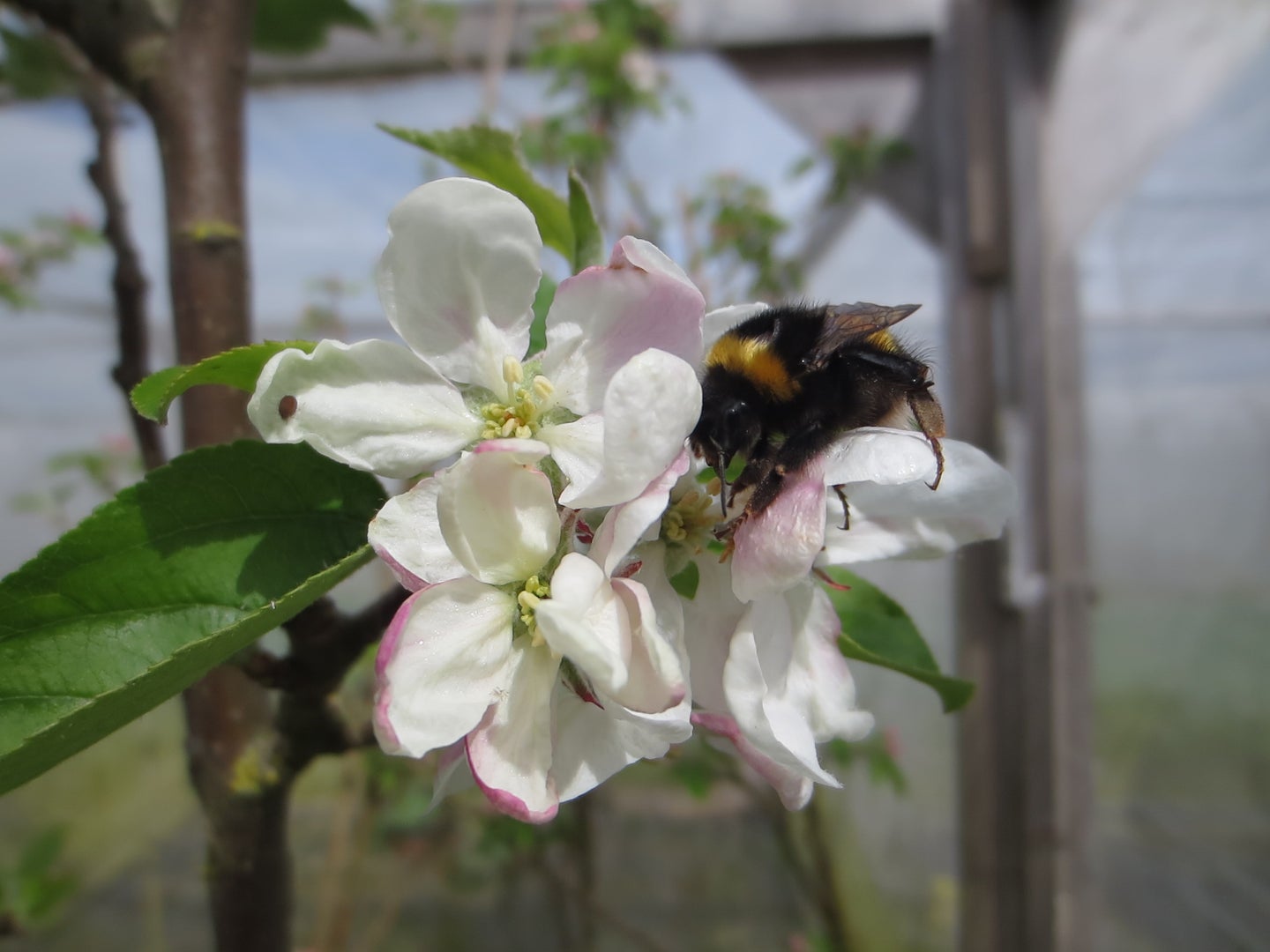 Bees live up to their busy reputation. These insects are responsible for pollinating $15 billion worth of crops in the United States. But bee populations have been dwindling for years, and scientists are still trying to figure out why.

One of the major suspects in bee declines is neonicotinoids–a widely used class of insecticide. Neonicotinoids have been shown to be harmful to bees (particularly honeybees) in the lab, but proving that the pesticide is harmful in the field has been difficult. Now, two studies published this week show that these pesticides do impact bees’ behavior, and maybe even their lives.

In the first study, published in Nature, researchers found that bees that were exposed to neonicotinoids didn’t pollinate as many apple trees, and the apple trees that they did visit produced apples with fewer seeds (a sure sign of decreased pollination).

The second study, published in the Proceedings of the Royal Society B, looked at bee mortality and behavior near fields treated with thiamethoxam, a type of neonicotinoid. They found that more bees died when exposed to those (fairly typical) doses of thiamethoxam, but they also noticed that the colonies focused on making more workers to replace their fallen comrades. This meant that the colonies didn’t produce as many drones, male bees that allow the colonies to reproduce. They also produce drones later. If bee colonies are forced to put their resources towards more workers in order to keep their honey production high, that means that drones of affected colonies won’t be ready to reproduce until later in the season, long after queens from neighboring (unaffected) colonies have been taken by healthier drones. This could have an impact on genetic diversity in already struggling bee populations.

So, bees exposed to neonicotinoids are not only dying upon exposure to these pesticides, but the surviving bees are hampered reproductively, and aren’t doing as much for farmers. Future studies will have to be done to determine whether those negatives outweigh the benefits of using pesticides. Farmers use pesticides like neonicotinoids to keep other, harmful insects at bay, and eliminating neocotinoids would mean that they would have to find alternatives–such as, perhaps, using bees to deliver organic pesticides.

The use of neonicotinoids has been banned in most of Europe for the past two years, and the United States just prevented the approval of a new neonicotinoid. The Environmental Protection Agency is currently reviewing the safety of other neonicotinoids.