The Acoustasonic Telecaster mixes electronics and natural acoustics to make it one of the most versatile guitars of all time. 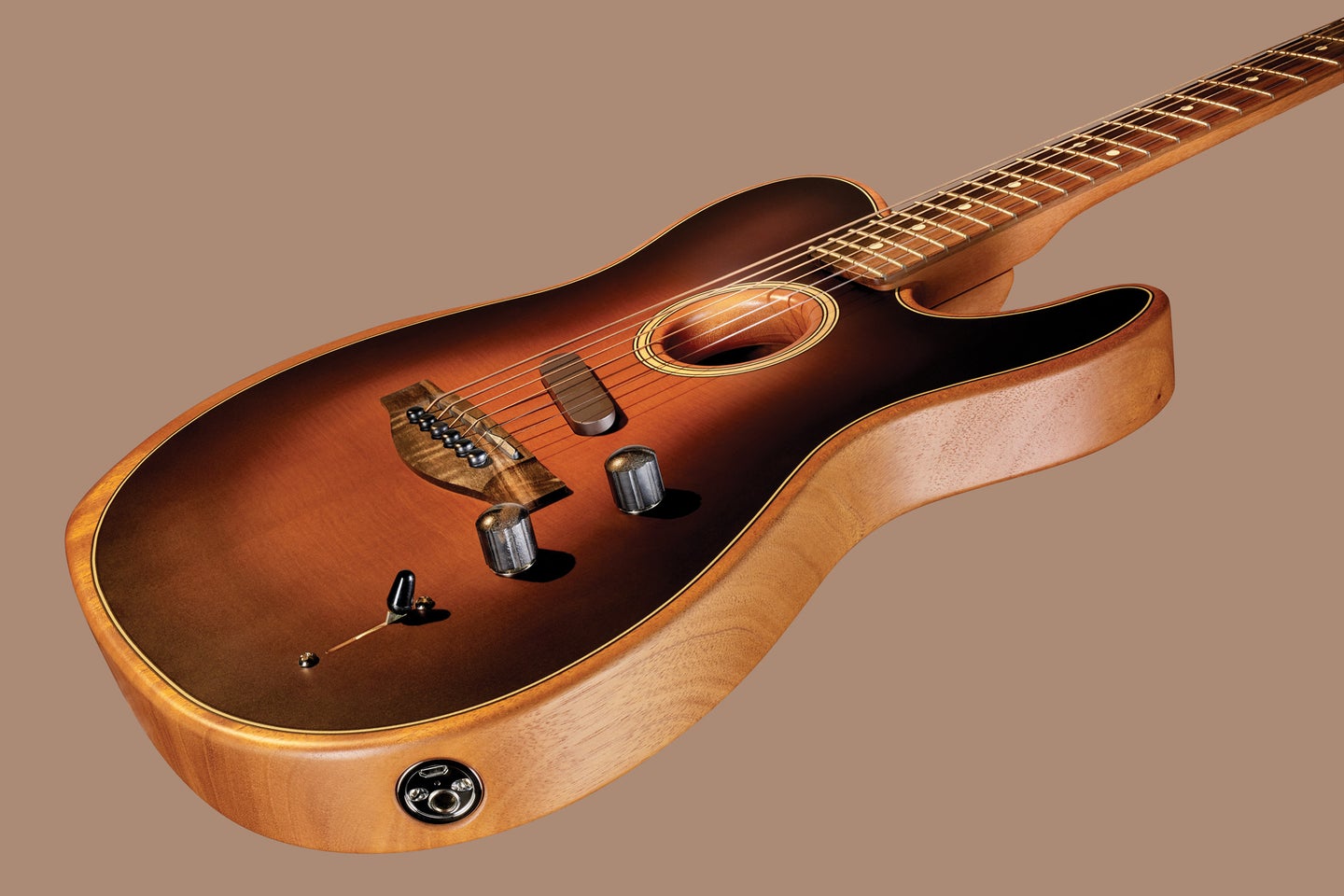 Rock stars who fill arenas have crews to tote their gear, but those who ­haven’t hit the big time yet live without roadies. Fender’s Acoustasonic Telecaster mimics a trailerful of acoustic and electric axes all on its own. Plug it in, strum the metal strings, and a trio of electric pickups translates the vibrations into an audio signal that merges with the ­natural sound of the guitar’s hollow body. Toggling among its five presets will let you pluck out twangy Willie Nelson country rhythms or hammer Johnny Ramone power chords.

Unplugged, the 1.75-inch-thick instrument pumps out warm acoustic tones with enough punch to match axes more than twice its girth. The secret to its boom is the 2.5-inch sound port cut into its spruce top—its curved ­mahogany edge helps the wooden surface and air inside the body resonate. Play it at the coffee shop gig, or someday, in front of a screaming crowd at Madison Square Garden.