Astronomers may have found the surprisingly elusive medium-sized black hole

The discovery hints that “intermediate mass” black holes may be peppered throughout the universe. 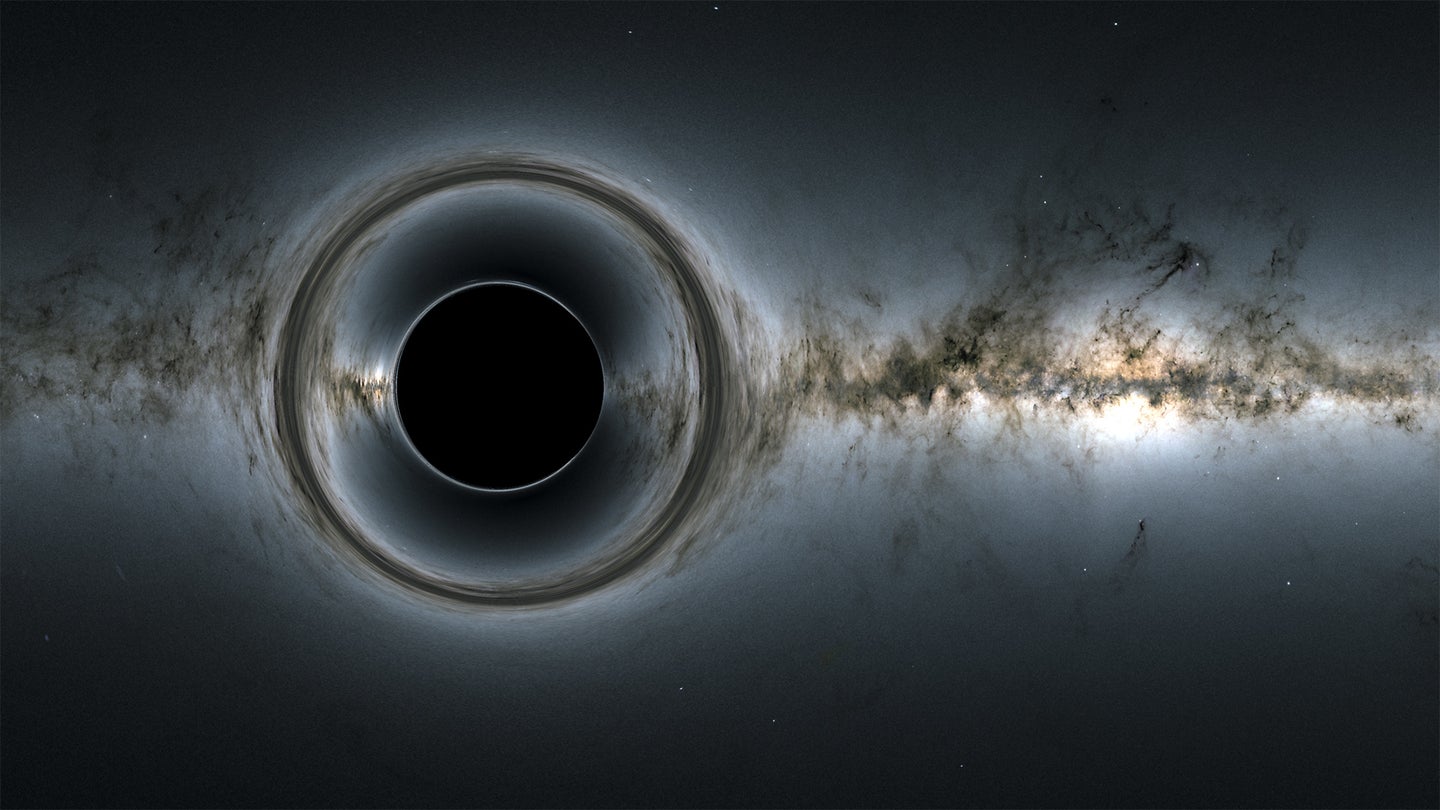 As astronomers continue to take stock of the universe’s black holes, it’s becoming increasingly obvious that they’re missing something big. The cosmic dead ends come in two sizes, small and impossibly large, with a glaring gap in the middle.

Researchers tally up the pipsqueak “stellar mass” black holes, which weigh dozens of times the mass of our sun, primarily through the spacetime ripples sent out when pairs collide. These black holes are the familiar tombstones left behind after stars die and explode as supernovae.

And astronomers can’t miss the “supermassive” black holes at the other end of the scale. These monsters anchor entire galaxies, packing millions to billions of suns’ worth of mass into an area the size of our solar system. They also shoot out unmistakable jets of energy that are among the cosmos’s most brilliant spotlights.

A third group must plug in the hole, many researchers believe: so-called “intermediate mass” black holes weighing in the thousands to hundreds of thousands of solar masses range. While bulky enough to merge to form supermassive black holes, these bloated brutes would be nearly undetectable. Their mergers don’t rattle current gravitational wave observatories, and they don’t churn out blazing jets. Astronomers have noticed hints in odd x-ray flares, but nothing conclusive.

Now, a trio of Australian researchers may have found a way to finally get a handle on these cosmic phantoms. If they’re right, astronomers have unwittingly had the crucial evidence for decades. By searching an old NASA catalog of energetic flares from the 1990s, the team turned up one intriguing signal, an odd double flash of gamma rays suggesting that intermediate black holes are not only real, but common.

“The data has been sitting there for quite a long time,” said Rachel Webster, the head of astrophysics at the University of Melbourne who co-authored the research.

Webster has been thinking about this method of seeing the invisible for 30 years. Back then, the big mystery in astronomy was gamma ray bursts—unthinkably powerful blasts of high-energy light. No one knew what was causing them, but the bursts seemed to be coming from every direction. If they were beacons from across the universe, Webster and a colleague reasoned in 1992, maybe astronomers could use them to probe the intervening darkness.

The idea is to look for repeat offenders. Gamma ray bursts, which astronomers now know come from cataclysmic stellar explosions and neutron star collisions, are messy events. No two are exactly alike. But if some gob of matter—like, say, an intermediate mass black hole—interfered with the rays as they raced across the universe, it could play a cosmic prank. Its gravitational pull could draw some rays into taking a detour. This light might arrive at Earth late, and astronomers would see two identical flashes.

When Webster’s graduate student, James Paynter, wrote software to sift through a database of 2,700 gamma ray bursts collected by NASA’s Compton Gamma Ray Observatory in the 1990s, one pair of bursts leapt out. More than 20 years ago, the satellite saw one flash. A few seconds later, it saw the same burst again. The 2.7 second delay implied that some of the gamma rays had run into a roadblock—an invisible mass weighing 55,000 suns.

Paynter brought his candidate to Webster, but she didn’t want to get her hopes up. She advised him to stress test the signal. “I said, ‘Don’t get too excited. We need a higher hurdle,’” she recalled.

Paynter spent months learning and implementing an advanced statistical technique recently popularized in astronomy by gravitational wave detectors, where researchers have to carefully distinguish between similar-looking signals. Using this “Bayesian” analysis, Paynter calculated 99.4 percent odds that the bursts came from the same event. “By the end,” Webster said, “I was quite strongly convinced.”

An intermediate mass black hole isn’t the only explanation. Other dark and massive objects could have delayed the gamma rays too, such as a star cluster or a patch of dark matter. But such star clusters are rare, and billowy clouds of dark matter tend to bend light differently. So the team feels that an intermediate mass black hole is the most likely culprit. They published their results on Monday in Nature Astronomy.

One of a crowd

The research team, which includes Monash University astrophysicist Eric Thrane, extracted all the information possible from the event. Other whispers of intermediate mass black holes have boosted confidence that the fabled objects exist, but identifying double gamma ray bursts is the first way to study the whole group.

“The real power of our discovery is not only that we can provide an estimate of the mass,” Webster said, “but we can also estimate their space density.”

The fact that the team saw just a single double-flash in a batch of thousands is telling. Intermediate black holes (or similarly sized dark objects) aren’t a dime a dozen, or Paynter would have found a bunch. They also aren’t exceedingly rare, because he didn’t have to search through a million bursts. The one-in-a-few-thousand rate suggests that a cube three million light years across should contain more than 2,000 intermediate black holes. And our own Milky Way, the researchers figure, might harbor roughly 45,000 such grande black holes.

If they’re right, this detection could be just the tip of a dark iceberg. Next, Webster plans to “race through” other inventories containing thousands of unanalyzed gamma ray bursts, which should be more than enough to find another pair of flashes in the dark.