Polyhedral gaming dice are the weapons of your imagination

Roll to win on game night. 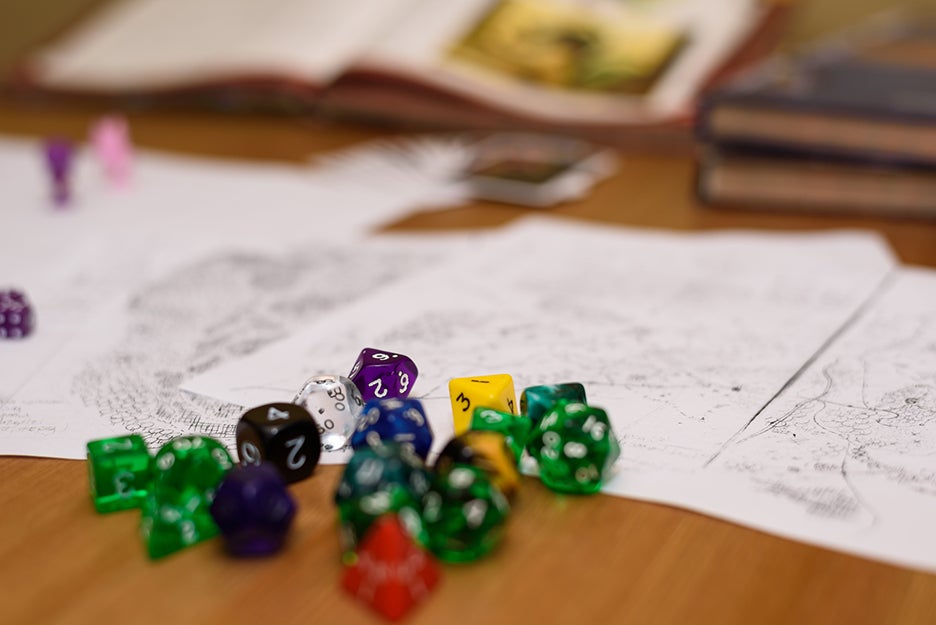 Every day, more people discover the fun of tabletop roleplaying games. Dungeons & Dragons, the High King of fantasy RPGs, was invented more than 40 years ago by Gary Gygax and Dave Arneson, and today people live-stream their games, play with friends across the globe using online tools, and watch as celebrities go on talk-shows to discuss their favorite adventures. New roleplaying games are published every year, and they embrace genres beyond the sword and sorcery of D&D.

But while the games might change, and today’s players find different ways of interacting with each other through modern technology, one important, ubiquitous gaming tool has remained almost unchanged for decades: dice. Moving way past the simple six-sided dice found in board games, typical polyhedral gaming dice feature 4, 6, 8, 10, 12, and 20 sides. They’re available in an endless rainbow of colors and finishes, have been made from different metals and semi-precious stones, and even cast in playful shapes. Dice help you blast giant robots, slay dragons, and conquer imaginary armies, so choose your weapons carefully.

Chessex delivers dice in a seemingly endless variety of colors and styles. Glitter, glow-in-the-dark plastic, marbled finishes, and otherworldly color combinations make it easy to match your dice to your personality. The polyhedral dice in the Chessex Leaf set include the seven gaming standards: d20, d12, d10, d8, d6, and d4. There’s a second 10-sided die numbered 00, 10, 20… up to 90, that, when used with the standard d10, can generate percentages. Chessex dice are known for their “tumbled” edges and corners, which are rounded to help ensure a smooth roll. They even come in their own transparent, acrylic box, making them easy to store.

Made from real tin, these chunky dice feature intricately carved faces, raised numerals, and ornate edge-work. Their flat, grey, metallic finish stands out in a sea of plastic dice, and at 14 ounces, they have a satisfying heft. The set, which looks like it came straight out of an ancient dwarven hall, includes a d20, d12, two d10s, a d8, d6, and d4, and the dice are packaged in an illustrated cardboard box.

Wiz Dice hand-cuts semi-precious stones into full sets of seven polyhedral dice, including d20, d12, two d10s, a d8, d6, and d4. Because they’re made from real stone, each set is unique, making them perfect gifts for your favorite gamer—even if that gamer is yourself! The 16mm dice are strong enough to roll on wood or plastic table-tops, though for anything harder, a rolling surface—like a dice tray— is recommended. Sets come with a velvet pouch, and are available in many varieties of stone, including obsidian, tiger’s eye, grey agate, and more.

Polyhero dispenses with traditional dice shapes, instead turning rogue-themed objects into random number generators. For instance, the d20 is shaped like a powder keg, the d12 is a gem, the two d10s are loot bags, the d8 is a crossbow bolt, the d6 looks like a vial of poison, and the d4 is a dagger. Clever design allows players to roll them like they would any other die, and silver numbers stand out sharply against the slick, midnight-blue plastic.