We can avoid the worst effects of climate change, but we’re still in for a fight

We may still be able to reverse some of the major effects if we cross the crucial threshold. 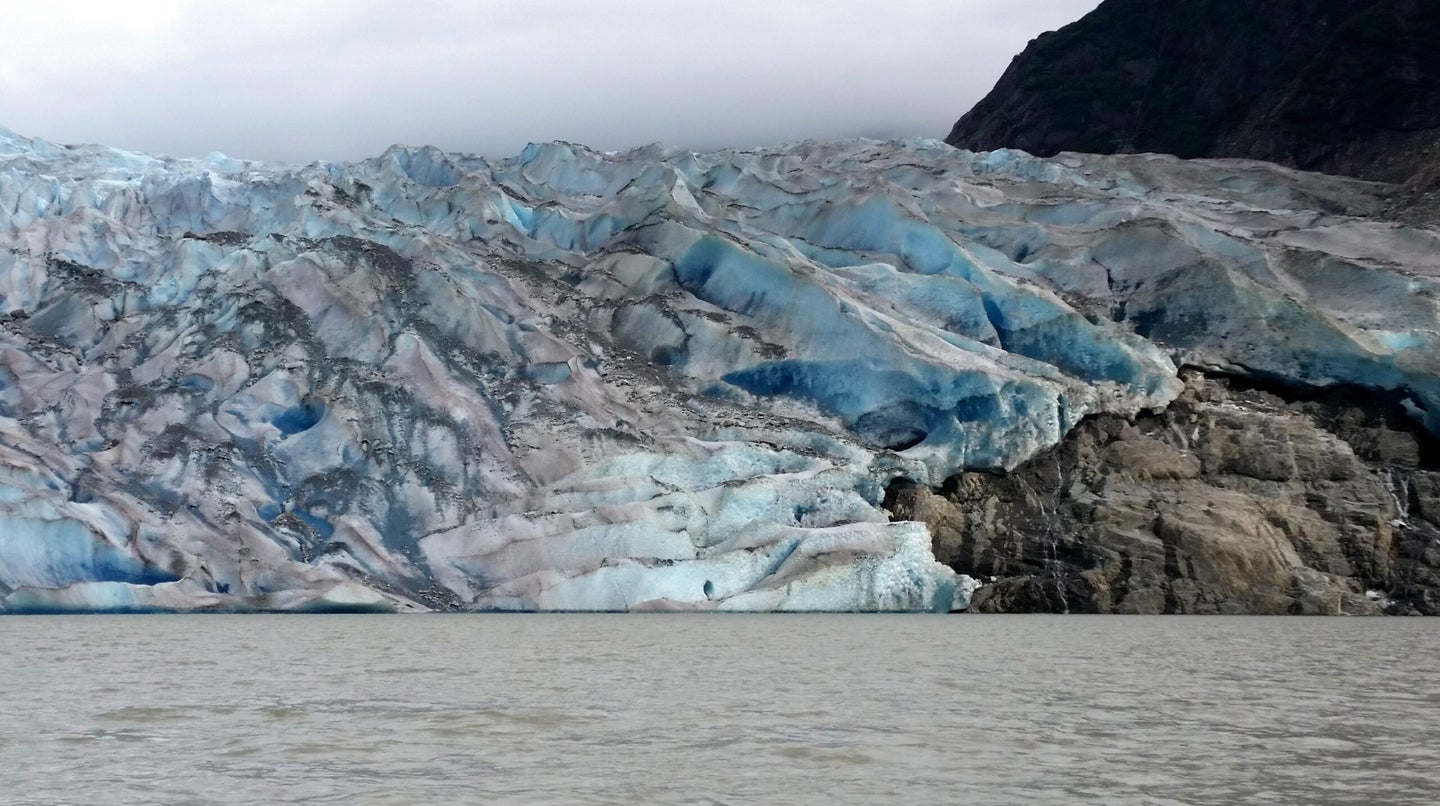 Melting glaciers could be restored, even after we pass crucial climate turning points. Matt Artz/Unsplash
SHARE

It’s easy to get disheartened about climate change. To keep global warming within the safe threshold of 1.5ºC adopted by the Paris Agreement, we need to have declines in carbon emissions on par with those of 2020, a year in which a global pandemic forced transportation and industry to slow down. As economies rev back up, it’s understandable to be anxious that things will return back to “normal,” a planet-wrecking status quo.

But even if the odds of global leaders shifting gears to focus on mitigating climate change are low, it’s not cause for climate doomerism. Every bit of warming we ward off helps. A new review in the journal Nature illustrates that even if we overshoot a global warming threshold, it won’t necessarily destabilize crucial Earth systems—including ice sheets, ocean currents, and tropical forests—right away. “If you change [the course of emissions] fast enough, you can avoid certain consequences that might be otherwise irreversible,” says Valerio Lucarini, a physicist at the University of Reading who was not involved in the study. “I think the paper does a good job in making this clear.”

Global warming targets like 1.5ºC are based on what researchers think is needed to avoid setting off powerful and irreversible changes to the biosphere that could devastate humans and ecosystems. But Paul Ritchie, a climate scientist at the University of Exeter who led the study, says that a common misconception is that once we cross a climate threshold, all is lost—that processes like ice melt will spin out of control until the Earth equilibrates at a new, hotter normal. “You often hear that we are very close to the threshold now [for ice sheet collapse]—some say we’ve already crossed it—and that means, apparently, that we’re committed to suffering a large [amount of] ice melt,” he says. “That’s not necessarily the case.”

Carefully sip a hot coffee and you won’t burn your tongue. Hold a big gulp in your mouth and everything will taste funny for the rest of the day. Similarly, ice sheets and ocean currents can take extra heat for a while. But if we keep temperatures over their threshold for too long, that’s when we’ll actually get irreversible climate impacts.

Each of these processes has a unique thermal threshold, at which a tipping point could be set off. A tipping point is when a system moves from one stable state into a new one. It can be hard to go back once this happens. Imagine two valleys separated by a mountain. At a certain temperature, a system like the Amazon rainforest gets pushed to its limit, rolling into the metaphorical next valley over and becoming a new type of ecosystem. Once there, it will be nearly impossible to return the now-treeless landscape back to its former lush state.

But this new paper shows that a threshold can be tripped without a system immediately shifting into a new state. How much it can handle is based on its individual sensitivity to warmer temperatures, how fast we can cool the planet back down, and at what point global warming eventually stabilizes. The rate at which we cross a threshold temperature also matters—the slower we go, the more likely we are to avoid setting off a tipping point.

Some tipping points are slow to manifest, while others might occur on a much shorter timescale. Ritchie and his team found that we have multiple centuries during which to stabilize global temperatures at 1.5ºC before the ice caps melt and the AMOC collapses. But tropical forests and monsoons don’t have as much time. Especially if we overshoot a lot (such as by bringing on temperatures of about 4ºC or more above pre industrial times), Amazon rainforests might only have a few years before they start dying at large scale, and Indian summer monsoons just a few decades before they are disrupted. If we cross the Paris Agreement target, just how much the planet is permanently altered depends on how fast we can cool the atmosphere back down.

That doesn’t mean we should relax on climate action or base our policies on these overshoot scenarios. Ritchie says that the overshoots aren’t intended to be a roadmap for policy. There’s a lot of other variables in the climate system that could change these projections. And some tipping points have a lot of uncertainty around them; one example is permafrost thaw, which could release vast amounts of carbon dioxide and methane into the atmosphere—but scientists aren’t sure how fast the frozen soils will thaw or which greenhouse gases they will emit. Some of the tipping points might even be coupled—the activation of one is inextricably tied to the other. Plus, the research is based on relatively simple models that use approximated timescales for climate transitions that are still not well understood, as Veronica Tamsitt, an ocean and climate scientist at the University of New South Wales, told Popular Science in an email. “It’s definitely a priority for the climate science community to try to nail down these timescales,” she notes. “Even though these results indicate we may be less likely to immediately cross tipping points as soon previously thought, it doesn’t make the case for climate change mitigation any less urgent.”

Putting off climate action based on these projections is a dangerous gamble, especially because widespread climate-caused suffering will still occur even before 1.5ºC. “This is not to say that we can delay our efforts in climate change, we still need to focus our efforts now,” says Ritchie. “If we do end up crossing these tipping point thresholds, what we’re trying to say is all hope is not lost.”