It could even cloak them against night-vision goggles 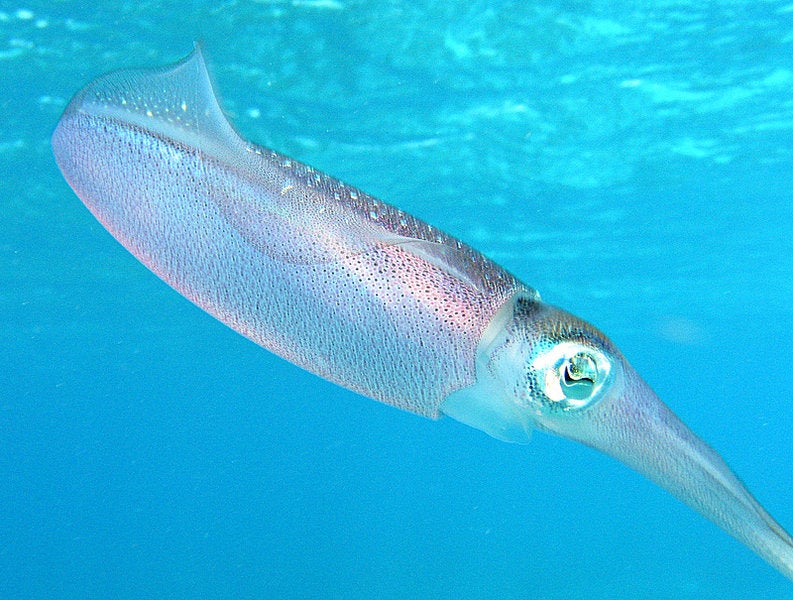 Now you see it, now you don't. Credit: Edbrown05 via Wikimedia Commons
SHARE

No matter the color or texture of their surroundings, squid are masters of camouflage, blending in to the scenery to avoid detection. Now, researchers from the University of California Irvine have isolated the source of the creature’s disappearing act: a protein appropriately named reflection. Additionally, when the researchers layered this protein on a piece of tape, it rendered the tape invisible in particular wavelengths of light. The researchers presented their work this week at the meeting of the American Chemical Society in Denver.

Squid produce reflectin, which enables the animal to change its color depending on the protein’s layering and spacing in the skin. The researchers were able to use bacteria to isolate the protein; they then stuck it on a thin plastic base–the same sort of sticky tape you may have at home. Just like the squid, layering the reflectin on the tape changes which wavelengths of light it reflects. An application of this material could be useful for certain types of camouflage during the day, but Alon Gorodetsky, the chemical engineer spearheading the research, notes that it might be even better for soldiers operating at night who are still visible by cameras that pick up the near-infrared.

Though the tape isn’t yet ready for use in the field, Gorodetsky says that it’s cheap to manufacture and would be easy to scale up. He and his team are tweaking the material to work at more varied wavelengths of light. In a non-military context, these stickers on clothing could help keep in a person’s body heat during cold weather.