Our planetary neighbor has a surprisingly dynamic atmosphere. 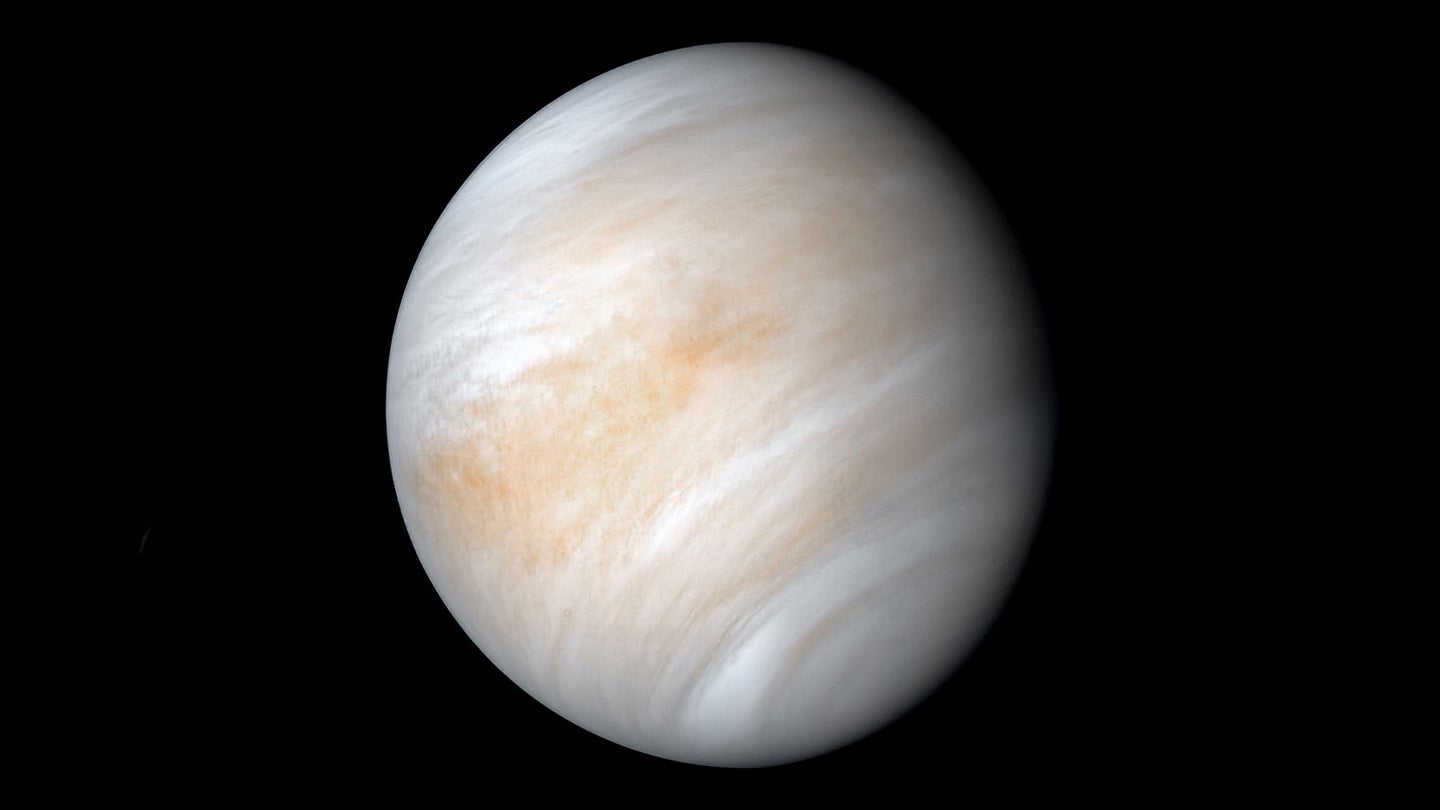 NASA’s Parker Solar Probe has been using the gravitational pull of Venus for about three years to conduct annual data-gathering flybys of our sun. But during its most recent pass, the probe flew closer to our planetary neighbor than ever before—just 517 miles (833 kilometers) above the Venusian surface—and detected some unexpected natural radio signals.

The low-frequency radio signals were heard for seven glorious minutes, when the Parker Solar Probe was nearest to Venus. When working to identify the cause of the radio waves, NASA scientists realized that the probe must have passed through Venus’s upper atmosphere, known as the ionosphere—an achievement they had not planned for but were pleasantly surprised by. The frequencies recorded matched the sort of signal that would be emitted by gases there. This is the first direct recording of the Venusian atmosphere in nearly 30 years.

Using the signals, scientists then calculated the density of the ionosphere, and compared those results to previous measurements and estimations. These new radio measurements were taken shortly after the last solar minimum, a period of time when the sun is the least active during its 11-year cycle.

Venus’s atmosphere, NASA researchers found, is thinner now than it was during the last direct measurement, which happened during a solar maximum. Other observations and hypotheses have suggested this trend, but this is the first direct measurement to confirm it. The findings were published in Geophysical Research Letters.

“I was just so excited to have new data from Venus,” said NASA scientist and Venus expert Glyn Collison in a statement. He likens this research discovery to hitchhiking, saying that Venus scientists were eager to make use of this serendipitous finding even though the probe’s mission is focused on the sun.

Parker Solar Probe project scientist Nour E. Raouafi said in the same statement that, though the team aims to study the sun, “we would not miss the opportunity to gather science data and provide unique insights into a mysterious planet such as Venus.”

This new research is an exciting glimpse into Venus, the planet that is often called Earth’s twin, though its atmosphere and conditions are so vastly different from our own. Venus lacks a magnetic field, and its surface temperatures are downright inhospitable. But this new finding shows that the Venusian atmosphere dynamically changes in response to the sun. Further research could possibly build on this knowledge, and lead to an understanding of why the planet turned out so different from Earth.

The Parker Solar Probe will continue its mission for about four more years. NASA hopes in that time it will manage to fly to the outermost part of the sun’s atmosphere, through the corona, seven times closer to the star than any spacecraft has gone before.