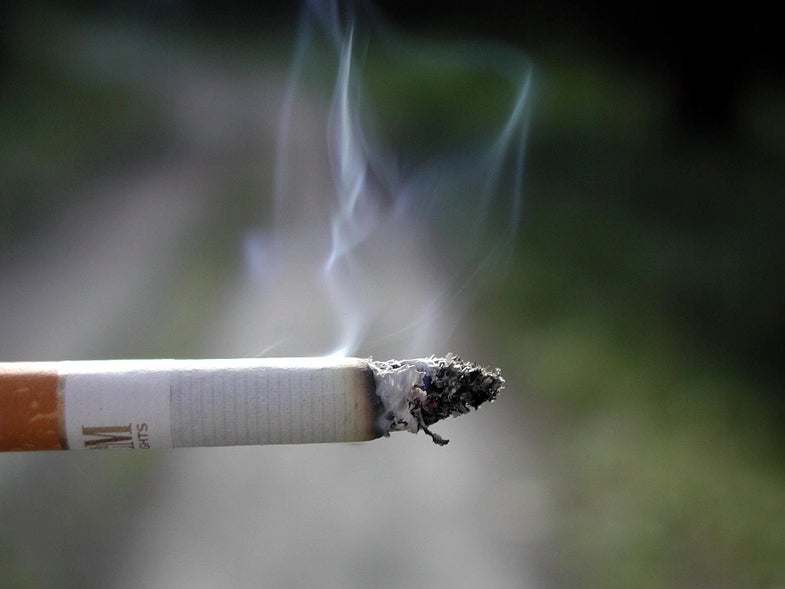 If you’ve ever wondered what bacteria are currently taking up residence inside your mouth, you are in luck. uBiome, a biotech start-up based in San Francisco, is eager to find out and is willing to let you in on the results — for free. The company is collecting bacteria samples from the mouths of smokers, previous smokers, and nonsmokers. They hope to understand more about how bacteria may influence diseases common to smokers. In return, participants will receive a free breakdown of the bacteria currently inhabiting their mouths.

Over the past several decades scientists have learned a great deal about the impact smoking can have on a number of oral health problems such as gum disease, tooth decay, and oral cancer. However, until recently, scientists knew very little about smoking’s impact on a person’s microbiome — the collection of bacteria that live on or in the human body. Bacteria play a crucial role in our health — both good and bad. They can help digest food and fight off infections, but they may also contribute to the development of chronic diseases and other disorders such as diabetes, autoimmune diseases, and certain bowel conditions. While bacteria live everywhere on the human body, the mouth itself may house up to 1,000 different species. The startup company says they plan to study the bacteria living inside the mouths of smokers, former smokers, and nonsmokers. By comparing these different groups, they hope to shed some light on how and possibly what bacteria may contribute to the development of oral diseases.

Today, tobacco use is still one of the leading causes of preventable death in the United States. “Despite the known health risks, about 42 million Americans smoke. One way or another we’re all affected by smoking,” said Jessica Richman, the co-founder and CEO of uBiome in a press release. uBiome plans to analyze the differences between the microbiome of smokers and nonsmokers but also between those who started smoking as teenagers and those who started later in life. By studying these differences, they hope to further understand how smoking affects human health.