The human bone trade is legal—and booming on Instagram 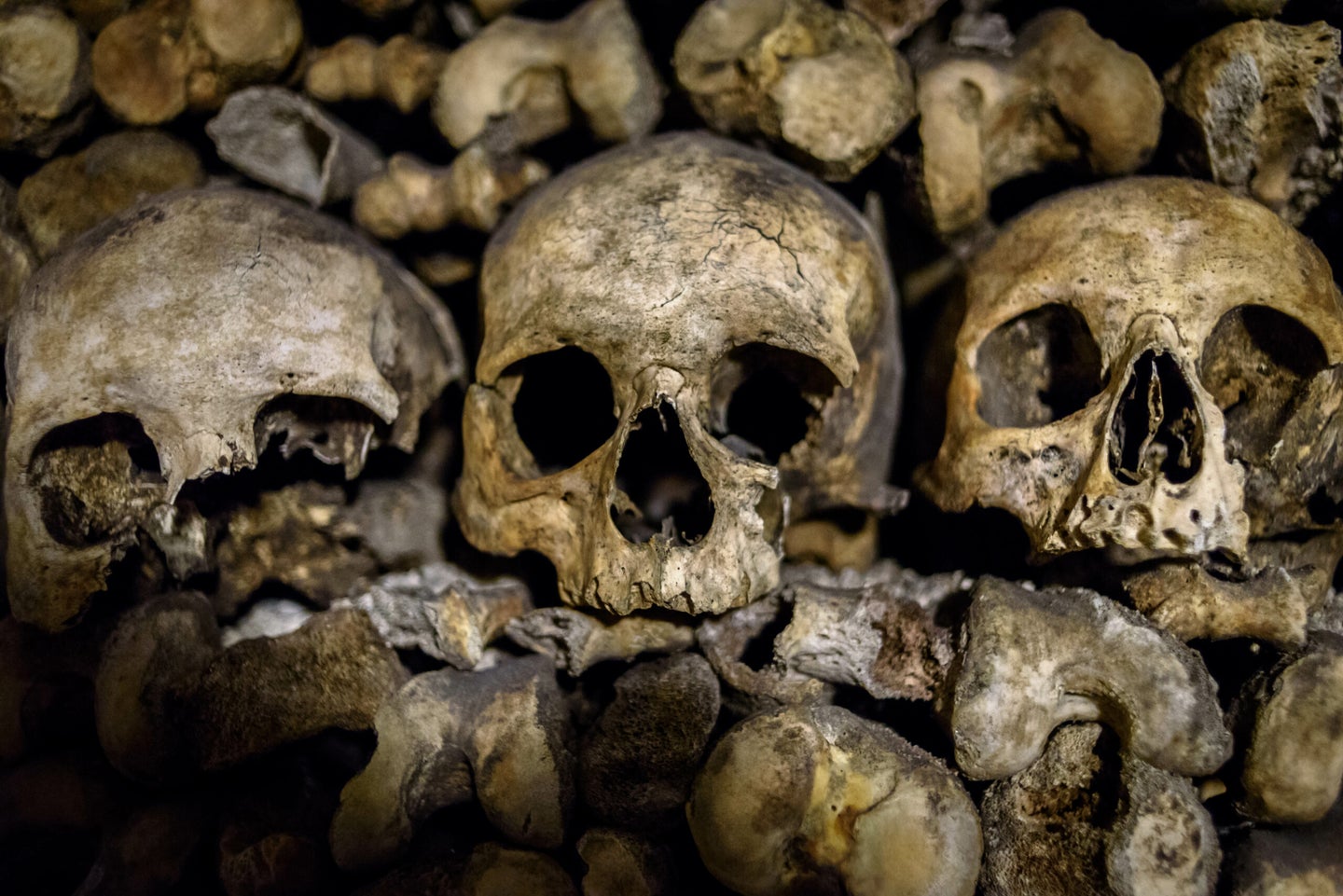 In Skeleton Keys, Brian Switek investigates the calcium that keeps us together. PxHere
SHARE

The human bone trade is as close as the phone in your pocket or the laptop on your desk. That’s because the sale, purchase, and trade of most human bones in the United States is largely legal. There are some stipulations. Native American remains are protected under Native American Graves and Repatriation Act (NAGPRA), and each state has different provisions about how human remains on the market may be obtained or carried over state lines, but, provided you have the cash, you can order a freshly cleaned human skull or an “antique” skeleton in minutes. There’s no federal regulation or oversight for such private sales. The online store for a Los Alamitos, California, shop simply called the Bone Room assures buyers, “it is perfectly legal to possess and sell human bones in the United States.” Click a link on the same page for human skulls and you’ll likely find listings like “#6043 India male,” a slightly damaged skull going for $1,800. The listing doesn’t provide any information on who this person was, how the skull was obtained, or even if it came to the United States before India’s 1985 export ban. And therein lies the troubling nature of the casual, open trade in human bones going on every day.

Bone gathering has become a subculture status symbol. Private collector Ryan Matthew Cohn boasts more than two hundred human skulls in his personal collection, no doubt adding to the required mystique for his duties as the host of the Science Channel show Oddities. Artist Zane Wylie has also made a name for himself by purchasing and artistically modifying real human skulls. People going for a Tim Burton–esque aesthetic or wanting to gain some goth cred can easily acquire and display human remains to set the appropriately macabre mood, with exotic, old, or unusual skeletons being the most desirable status symbols of all. Find and follow the right hashtags on social media and the Red Market is easy to navigate.

Instagram, which more readily brings to mind carefully framed selfies and a flood of tattoo art, might not initially seem to be a likely hub for the human bone trade, but that’s changed in recent years. Part of it’s because other popular websites and apps have tried to ban the sale of human remains. The craft‑centric Etsy disallowed the sale of human bones in 2012. Similarly, eBay, which was much more permissive, put a ban on all human body parts except hair in 2016. In this case it wasn’t so much out of a newfound sense of virtue as a scientific report tracking the auction site’s market for human skulls. Christine Halling and Ryan Seidemann of the Louisiana Department of Justice tracked the sale of 454 human skulls on the site, noting that fifty‑six of those were “of forensic or archaeological interest” and shouldn’t have been listed for sale. This came as no surprise—in 2009 Seidemann and colleagues reported on a Native American skull that had been offered on eBay and subsequently seized by the State of Louisiana—but the conclusions of the new paper were stark enough that eBay changed their store policy within a week and barred the sale of human bones. So the market moved to Instagram, where experts are tracking how bones are shuffled around.

Archaeologists such as Damien Huffer track how human remains are marketed and sold over people’s smartphones, and, with colleague Shawn Graham, he dug into the mechanics of the trade in a 2017 paper called “The Insta‑Dead: The Rhetoric of the Human Remains Trade on Instagram.” As it turned out, the language used to promote and purchase skeletons is very familiar. The general vibe is that of nineteenth‑century archaeology and anthropology, putting the acquisition of specimens above the recognition of those pieces as people. “In the same way those early collecting practices did damage and violence to communities from which the dead were collected,” Huffer and Graham write, “the emergence of social media platforms that facilitate collector communities seems to be replaying that history.” The bones of these people are effectively stripped of their humanity—with little to no information about who they were, where they came from, or how the remains were obtained in the first place—to become, simply, things. Hand bones become the basis for artsy necklaces and a skull under glass is a coffee table centerpiece. It’s another way that people are turned into objects, and it seeps into the language of the science, too. “The ability to sell, display or trade human remains via social media and online distribution lists has led to their being treated as consumer products for a collector’s market,” Huffer and Graham write, “rather than objects of archaeological, ethnographic or anatomical value.”

As it stands now, the bone trade in the United States is largely legal. But not all of it is so irresponsible. One particular purveyor—Skulls Unlimited International—gets its fresh skulls from donors, and these are sold to doctors or researchers with a particular need for real remains. But there’s still an untold number of bones and skeletons of unknown origin being swapped on Instagram—and according to Huffer and Graham, even Etsy, despite the ban—because they are labeled as antique or historic. These are older, broken, stained remains that are often said to come from estate sales or deaccessioned medical school collections. They are one step removed from today’s active bone market, and perhaps purchasers feel absolved by this. But a skull said to have come from an old medical school collection is still likely to have been originally obtained in an unethical way. While major bone dealers claim they can spot bones that have been robbed from graves or are otherwise sketchy, there’s no such filter on Instagram. Regulatory bodies—whether it’s social media sites or even law enforcement agencies—have been slow to regulate these sales.

The market continues to grow. In their study, Huffer and Graham tracked attempted sales of human bones on Instagram between 2013 and 2016. While there were only three relevant posts in 2013—asking prices totaling $5,200—there were 77 in 2016, with asking prices coming to a total of about $57,000. For the most part, these aren’t wealthy rarities dealers. They’re oddities collectors, artists, and part‑time dealers who buy and trade on the small scale, using tags like #trophyskulls and #realbone to market their offerings. The trade makes me shudder. I wouldn’t mind winding up as a skeleton in a museum cabinet after I die, teaching even after death, but the thought of being bought and sold as a decoration, appraised to a certain value, winnowed down to nothing more than an object of curiosity gathering dust, makes my living flesh crawl. Treating human bones as a curio divorces you from history and context. Bone, after all, is the most lasting part of ourselves, able to speak to succeeding generations even after our voices have gone silent.

From Skeleton Keys: The Secret Life of Bone by Brian Switek with permission of Riverhead Books, an imprint of Penguin Publishing Group, a division of Penguin Random House LLC. Copyright © Brian Switek, 2019.