And violates the first rule of robotics 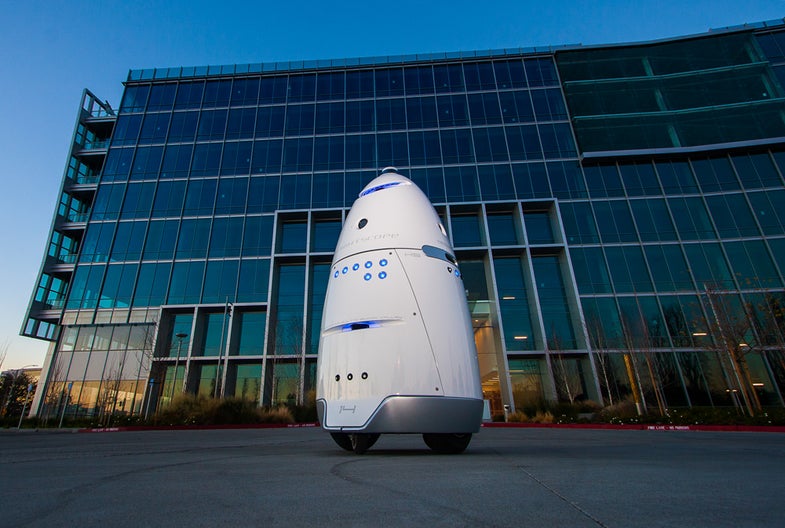 The robot is a Knightscope guard, similar to the kind Uber tested for patrolling its parking lots. The robots patrol pre-programmed routes or in geo-fenced areas, and can record video in normal and infrared vision. They’re rented as a pair, with one patrolling while the other recharges, for just $7 hour. That’s $3/hour less than California’s minimum wage.

In Uber’s parking lot, where local drivers report for regular vehicle inspections, the robots are likely to only ever encounter adults or cars, both of which have a fairly uniform height and predictable movement patterns. In a mall, filled with the full range and variety of human life, robots should be able to notice and navigate around toddlers. That’s not just elementary, it’s pre-K.